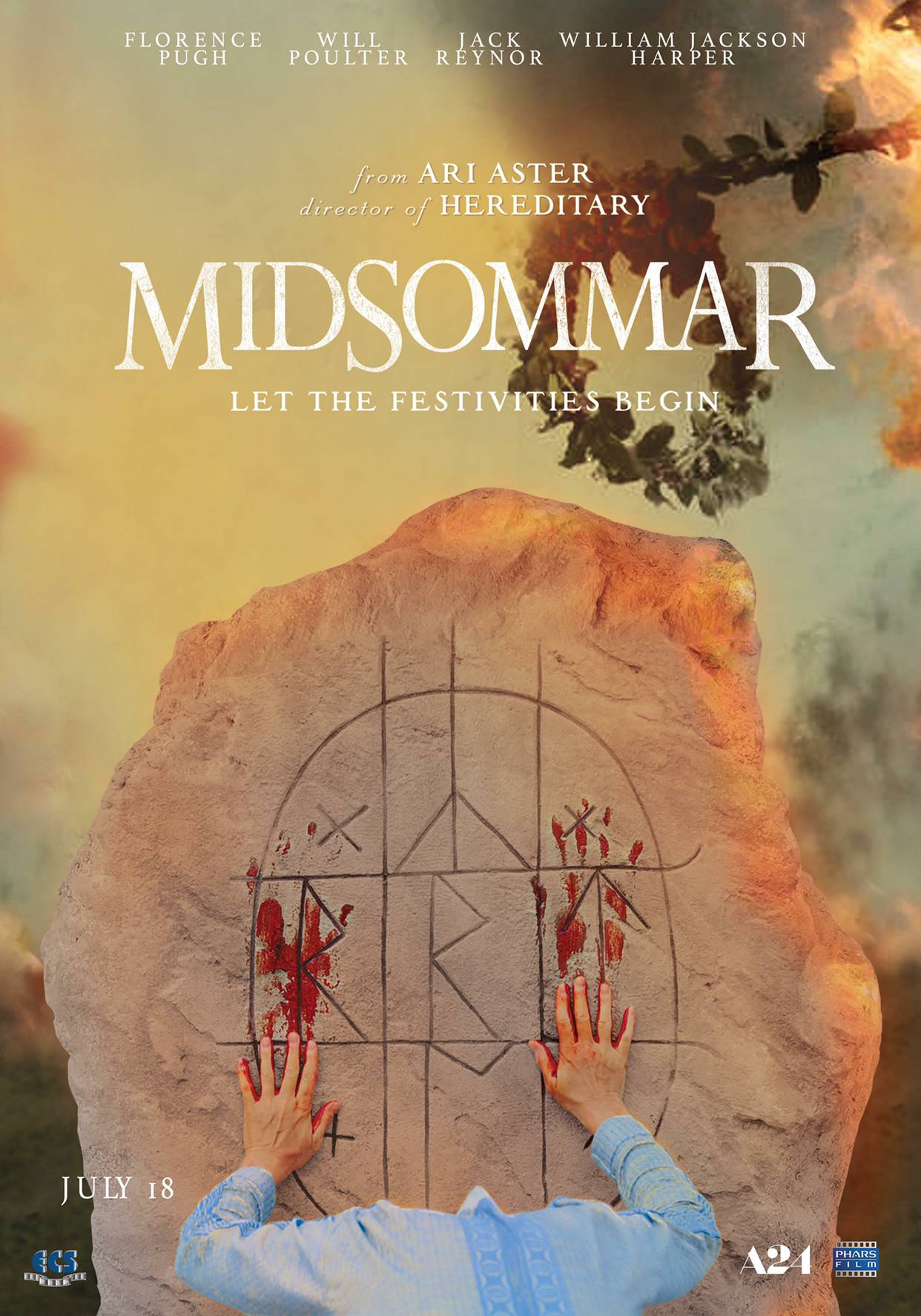 Ruth
Posts: 8386
Joined: August 2012
Currently sits at 83% (avg. 7.4/10) on RT and 75% on Metacritic, if anyone’s curious. Haven’t read too many reviews but looks like this doesn’t quite reach the greatness of Hereditary, but is a very solid film nonetheless.

Which is absolutely fine by me.

EDIT: okay i'm not seeing this tonight. I got assigned some work and I also gotta pack.

AsianVersionOfET
Posts: 4107
Joined: May 2014
Location: [insert non-spoilery location here, that wasn't a spoiler to begin with]
Well well well. The Aster is definitely not just a one-hit-wonder. Not sure if I like it more than Hereditary, but it’s a different beast so it’s kinda hard to compare. Although there are similarities...
mah boy Ari sure loves his creepy-bare-ass-naked-cult members
A- for now I guess. Hereditary was an A for me
Dunkirk2017!
Posts: 81
Joined: February 2017
It was a really strange movie. I came away from it mostly wondering what kind of demons Ari is wrestling with. This in many way is so close to Hereditary in terms of the themes with grief, sacrifice, and cult like behaviors. It just feels like he's working something out on screen. But it is a gorgeous movie. The pacing was a little off in places. I think they could have trimmed it a little. I think mainstream audiences are gonna hate this. I thought it was interesting though. I do wonder
why she was smiling at the end? Does that mean she was completely converted? Is it because she finally found a community that will grieve with her or another family now that hers is gone? I had to laugh out loud though when that old lady put her hands on his ass to help him stroke. I also think it's really messed up how that dude befriended these people for like a year or so just to bring them to his home community to be sacrificed. That's some fukked up shyt.

AsianVersionOfET
Posts: 4107
Joined: May 2014
Location: [insert non-spoilery location here, that wasn't a spoiler to begin with]
Yeah I personally think
you’re correct about her finally feeling accepted and part of a family/relationship. Aster himself described the movie as a “breakup film” so I think that’s the whole point; Dani was not particularly close with her family and then she lost them. So literally her last hope was her boyfriend and he later ends up cheating on her (not entirely by choice lol) so when she becomes the May queen she finally feels embraced, loved, and like she belongs.
so anyways, yes, exactly what you said lol. I just used more words. However, this seems like it could demand some repeat viewings. I’m sure there’s more to it than just that.

Vader182
Posts: 20099
Joined: June 2010
Location: The White City
Contact:
Contact Vader182
Website AOL
Midsommar is no Hereditary, but by design. Where Hereditary was Bergman-friendly familial shouting matches that amp up intensity and visceral horror and all-consuming dread, Midsommar undercuts its horror for a feeling for something altogether stranger. It's more perverse and deeply unsettling, and far more ambitious as a piece of filmmaking. Aster knows what the fuck he's doing.

i really liked it

PS, Aster's top 10 movies on Criterion is a dope list that happens to include a lot of my favorite movies:

Penguin022
Posts: 409
Joined: March 2017
Sign me the fuck up for whatever Aster does for the rest of his career. 2 excellent movies in a row.

MagnarTheGreat
Posts: 2742
Joined: April 2011
There is such thing as 'belaboring the point' and terrible pacing, and this movie crossed that line. Not nearly as good or even scary as Hereditary and I have no idea why this movie should be recommended for general audiences by reviewers...it shouldn't for content reasons alone, being edgy doesn't make something good. Half way through it you know where everything's gonna end up and it drags like hell to a way too long of a runtime. Could have combined some of these scenes such as the multiple dinners and shortened it up that way. It's less about character and more about the author's world-building exercise
of this sex death cult.
Post Reply
107 posts