Sure, but Ford v Ferrari has made more in ticket sales, i.e. more people have seen it. Furthermore, we don’t know the marketing budgets of these movies, so we can’t calculate their efficiencies directly.

So how can you say its marketing failed when more people have seen the movie? You need better evidence to make a causal statement. If you can argue that Knives Out’s marketing was significantly cheaper, and resulted in a higher gross within a specific time window to eliminate effects of say Frozen II being released, you can argue that Knives Out was more efficient with its marketing. You fail, however, because we’re talking about Disney withholding marketing for Fox films, not how the marketing is implemented. (Why would a company puposefully botch marketing sunk costs?) If, on the other hand, Knives Out marketing budget was higher than Ford v Ferrari, your idea that Disney purposefully undermarketed the film might be warranted, but only if it’s reasonable to assume that more marketing spending would have improved its numbers.

by Artemis
Don't forget FvF also had the added benefit of having IMAX screens too and those tickets are priced higher than the regular screenings. Knives Out didn't have that.

I'll keep an eye out on articles discussing marketing for these films as the films theatrical runs draw to a close. My original post was just a question and not a direct accusation of Disney doing something sinister and I even say in a post that Disney's handling of Fox's archive is a rumor. A lot of people did believe that those films could have done better BO since they would have the Disney machine behind them.

As for purposefully botching marketing sunk costs, WB did this a couple of times this year most notably with the Nancy Drew movie and The Goldfinch. A24 also does this with some of their films too. So it's certainly not unheard of.

And this article is an interesting one to read about Fox's future underneath Disney https://www.forbes.com/sites/scottmende ... 4b0bb56dc6

A thread on the distribution for A Hidden Life which is under Fox Searchlight
https://twitter.com/mattzollerseitz/sta ... 0713077765

by Artemis
Bob Chapek will take over as CEO now.

He was successful with the theme parks but a lot of that is attributed to the fact that he used recognizable IP's for that. Saw a tweet that talked about how he seee a good idea through the lens of a recognizable IP so there is speculation that we can expect a lot more reboots and sequels in the coming years from Disney.

by Master Virgo
The new fucker's level of competency will be judged based on whether or not he'd let KK bring back Rian. Then again Iger will still be creatively involved with Disney for a year or two. So maybe after that. lol 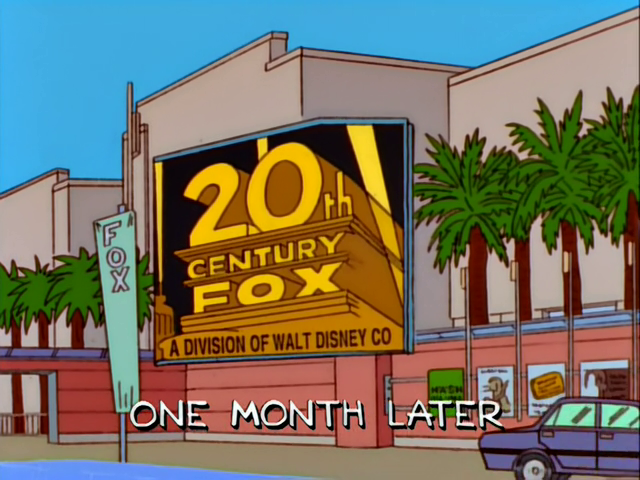