The Hollywood Reporter has learned that Marvel Studios has tapped Matthew Firpo and Ryan Firpo to pen the script for The Eternals.

For those unfamiliar, the story of the Eternals began over five million years ago when the Celestials visited Earth and performed genetic experiments on early proto-humanity, creating two divergent races: the long-lived Eternals and the genetically unstable Deviants. As for which characters the film may introduce, THR strongly implies that Ikaris, Sersi, and Thena will be among the many heroes and villains to make their Marvel Cinematic Universe debuts.

That didn't stop Guardians of the Galaxy from being fan-favourite.

That didn't stop Guardians of the Galaxy from being fan-favourite.

You're absolutely right. I would have been way more sceptical if GOTG wasn't a thing in the MCU.


Angelina Jolie is getting ready to make her first foray into the world of superhero movies.

The Oscar-winning actress is in talks to star in Marvel Studios' The Eternals, a superhero team adventure feature being directed by Chloe Zhao.

Jolie has chosen the Marvel project based on the Jack Kirby-created title about super-powered and near-immortal beings known as Eternals and a more monstrous off-shoot known as the Deviants that were created by the cosmic beings called Celestials.

While details about the movie are being kept under wraps, sources tell The Hollywood Reporter that one aspect to the story involves the love story between Ikaris, a man fueled by cosmic energy, and Sersi, who relishes moving amongst humans. It is unclear who Jolie will play. 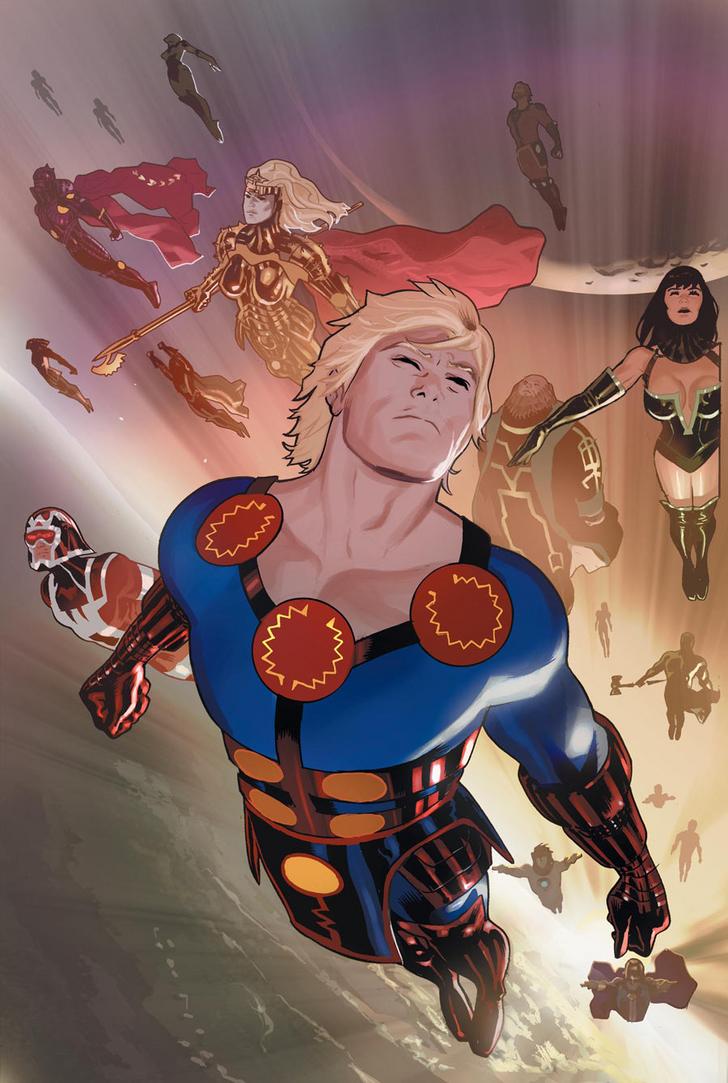