The movie is about a Nova Scotia lighthouse keeper in the early 20th century, starring actors Willem Dafoe and Robert Pattinson.

The Hollywood Reporter says the fantasy-horror film will explore old seafaring myths and will star Dafoe as an aging lighthouse keeper. It will begin filming in the spring and Robert Eggers will direct the movie, a follow up to his sleeper hit The Witch.

A photo of the completed lighthouse set build on the Leif Ericson trail at Cape Forchu in Yarmouth, Nova Scotia. The 60-foot lighthouse was designed to replicate those built in the early 20th century for the feature film, starring Willem Dafoe and Robert Pattinson. #nsfilmjobs #novascotia

The film is shooting for the next few weeks, rumor has it they're doing black & white vista vision

Perhaps a warmup then?

Nice. And I know I’m being greedy here but hopefully Nosferatu is next.

Posts: 17057
Joined: August 2010
Contact:
Contact Disney+'s solo2001
Website
i'm not saying there's an epic one take where rob drags defoe down a road with a dog collar then tries to bury him, alright? i'm not

DAFOE: Do you remember when we were being sprayed with that water and it stung so bad? Those kinds of things never leave you.

PATTINSON: That’s the closest I’ve come to punching a director. However much I love Robert [Eggers], there was a point where I did five takes walking across the beach, and after a while I was like, “What the fuck is going on? I feel like you’re just spraying a fire hose in my face.” And he was like, “I am spraying a fire hose in your face.” It was like some kind of torture. It definitely creates an interesting energy. 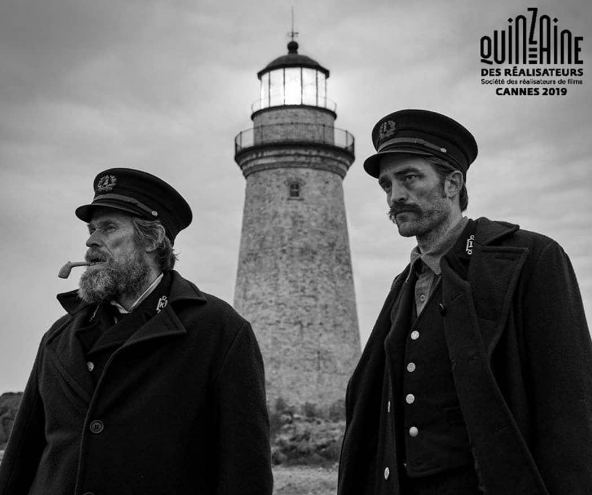