AsianVersionOfET
Posts: 4053
Joined: May 2014
Location: [insert non-spoilery location here, that wasn't a spoiler to begin with] 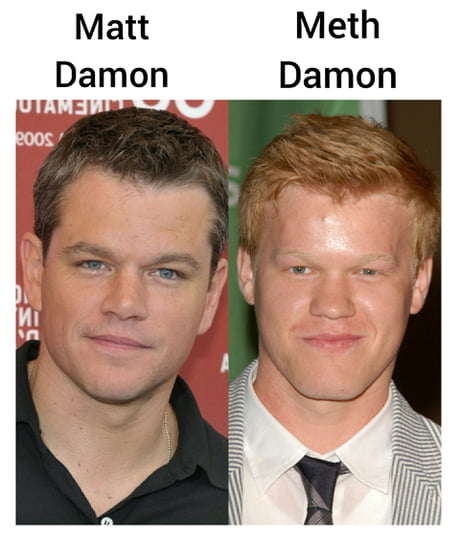 Also, I hope we'll get better image quality pictures lol, this is one way of covering up the de-aging lol

They're excellent quality actually. I doubt anyone would know there was any deaging involved by watching that first still if they didn't know beforehand. I still wonder if Sheeran, Bufalino, Hoffa and co will be deaged further from what we've seen in the trailer though or if they'll just go for De Niro looking in his 50s (even though he's in his mid to late thirties in the book when he first speaks to Hoffa), Pacino in his late 50s, early 60s, Pesci in his 60s and then do small incremental tweaks as they get older until they can get away with practical makeup, etc.

LelekPL
Posts: 3024
Joined: January 2015
Location: Poland
Contact:
Contact LelekPL
Website
De Niro doesn't look that much younger in the first photo that a similar effect couldn't be pulled off with make up. If that's all they did then I'd shocked to learn that this is where all that money went to.

LelekPL wrote: ↑
September 1st, 2019, 4:33 am
De Niro doesn't look that much younger in the first photo that a similar effect couldn't be pulled off with make up. If that's all they did then I'd shocked to learn that this is where all that money went to.

There was a thumbnail for the trailer on Netflix that was removed, it showed the shot of Pesci answering the phone. At the bottom of the screen were VFX info clearly from a WIP shot, it said: Sheeran: 36.

Now in the still at the top, Pacino seems to look the same as he does when he speaks to Sheeran for the first time in the trailer, so it seems clear to me that it is deaging. In the trailer, it is deaging. I agree that it doesn't SEEM like a big difference but it's pretty substantial when you look at De Niro nowadays.

Let's not forget that De Niro has looked older than his actual age for a long time (and now looks younger, which is one of the perks of peeking early I guess). Here, just as in the trailer, he seems to look very much the way he looked in the mid to late 90s.

I mean, obviously, if they could have gotten away with simple makeup, they wouldn't have bothered, right? They did a test in 2015 with a scene from Casino that De Niro performed, and then deaged by ILM. They were all convinced it worked but that it would take a lot of money and time.

Now, maybe they'll be deaged further in the film, or maybe they struck a balance or decided that it didn't work as well when deaged to mid to late 30s or something.

DHOPW42
Posts: 2983
Joined: January 2009
I'm getting really hyped for this movie, I just ordered the Empire issue. 210 minutes of these people, and it's Scorsese... I really, really hope the de-aging won't be distracting.
Nolan62
Posts: 887
Joined: December 2017
http://www.darkhorizons.com/irishman-te ... las-scene/

Martin Scorsese’s multiple-decade-spanning mob drama “The Irishman” carries a massive budget of $159 million, with a big chunk of that being spent on de-ageing technology which will be applied to several characters, most notably the lead role of mob hitman Frank Sheeran played by Robert De Niro.

The story requires the actor to play Frank whose age ranges from 24 to 80 years old in the story – De Niro himself just recently turned 76. Now, a cover story on the film in Empire reveals that in order to test the de-ageing technology and prove the film could work, Scorsese and De Niro recreated a scene from 1990s “Goodfellas”.

The scene had a then mid-40s De Niro appears as Jimmy ‘The Gent’ Conway who orders his associates to discard their flashy new purchases at a Christmas party. In mid-2015, De Niro repeated his original lines in front of his director and Industrial Light & Magic’s Pablo Helman. Scorsese says:

“We made a little set that looked a little like the original film, and then Bob got going. He did his monologues and soliloquies and different expressions. ‘Get rid of the fur coat! Get rid of the Cadillac!’ Then he went through a series of computer processes.”

Following some effects tinkering by Helman, Scorsese and De Niro and others watched the new, de-aged version in the filmmaker’s personal screening room back-to-back with the original 1990 version. It was at that point they realised “this is going to work” says Scorsese who calls the process ‘youthification’. Even so, for Scorsese the process is merely a tool allowing him to tell the story:

“I really had no choice. The risk was there, and that was it. We just tried to make the film. After sitting on the couch for ten years… we finally had a way.”

In Marty we trust, I have faith in it, the De-Aging effects will be great, we haven't seen the final result so far.

Jane Rosenthal on the Goodfellas ILM deaging test for The Irishman in 2015: “It was spectacular. I mean, when you stared at it, you could start seeing a little lip-line here and there but it really was hard to tell."

“I keep saying it’s magical because it is. There’s a moment early in the movie where they’re on the side of the road, these older guys. They turn around and say: “Look where we are”, and you are instantly seeing them in their younger years together. The first time I saw it, I was an emotional wreck. It had that feeling of “My god, we finally got to this point.”

Apparently, Pacino is deaged in every single scene, which surprises me (well, if you know what happened to Hoffa, it's less so) because he didn't seem that much younger in the trailer than he does right now, and if there's any deaging with him in the trailer (which there should be), it's INVISIBLE. I have seen everyone focusing on that one close-up on De Niro which was let down by people seeing it on YouTube but nothing on everything else when there's supposed to be a bunch of deaging all over the trailer.

There is also indeed a 24 year old De Niro in the film.

Other cool anecdotes: 319 scenes, 117 locations ! Friends of De Niro's and Scorsese's seen in Mean Streets, Raging Bull, Goodfellas showing up in bit-parts. Stephen Graham and Ray Romano losing their nerves around De Niro, Pacino and Pesci, Cannavale actually holding Romano in between takes because of how nervous he was.

De Niro and Scorsese were looking to make Don Winslow's The Winter Of Frankie Machine in 2006 when De Niro found I Heard You Paint Houses when doing research, he latched onto that.

Pacino asking Cannavale to accompany him for the table read in 2013: "Al said: "Can we ride down together? I'm a little nervous. I've never worked with Marty before"

Pacino revealing him and Scorsese did try to make a film together before.

A posture coach being on set to offer tips on how to comport themselves like much younger men. Pacino having to run up a set of stairs. Pesci wanting to quit all the time, Scorsese says: "In his trailer, he turned it down ! As he came out of the trailer - eventually - he turned it down ! While we were shooting a scene, he turned it down ! -- That's part of the performance. He has to feel right. He could not do anything that would be false."

De Niro is the one who coaxed him back to the screen.

Nomis
Posts: 18773
Joined: June 2012
Location: stuck in 2020
They're talking like this de-aging is so good it'll instantly win the Oscar for best VFX

I guess it might if they truly nailed it.

Can't wait to see this.
radewart
Posts: 1193
Joined: January 2013
This could be a watershed moment for Vfx. If the Irishman and Will Smith's Gemini Man effectively pull of convincing de-aging then this may be how movies that have characters taking place over long periods of time are made.

Something like casting Ellen Burstyn to play an older version of Jessica Chastain in Interstellar may not be necessary anymore. Which is kinda cool and sad at the same time.
Post Reply
698 posts