Bacon wrote: ↑
November 10th, 2018, 7:48 pm
Also....my screening never had the card at the beginning saying it was a 6 act + epilogue story. It just went straight to Act 1 unless I missed something. I found that weird, because everyone was saying it tells you right off the bat. 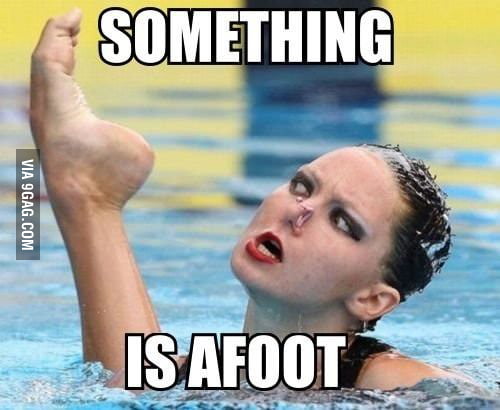 Bacon
Posts: 26075
Joined: June 2011
I got those but I don't remember seeing a title card after those. I might be completely wrong.

Vader182
Posts: 19886
Joined: June 2010
Location: The White City
Contact:
Contact Vader182
Website AOL
I thought it was clear the purpose of that
was to bring full circle the "witchcraft-as-film-craft" aesthetic shown by the free-associative editing and sound, where the eruption of Mother Suspirium's power distorts and disrupts not only (the heads of) those who oppose her, but also temporal and spatial reality.

It was also a flourish of Brechtian epic theatre... where we're expelled from pure immersion and forced to confront what and why on an intellectual and remote level rather than (just) a visceral one. That 'distancing' between subject and viewer is caused by the slow-motion also why the screen turns bright neon red AND, I wager, why Yorke's singing, which reminds us that we are in fact watching a film, comes into the film at that time as well.

So there's a lot going on there beyond 70s pastiche, which I'm honestly not even sure it is. The quick-pan zooms definitely are to a certain extent though.

Mother Suspirium's power distorts and disrupts not only (the heads of) those who oppose her, but also temporal and spatial reality.

Not sure that fits since the film uses that kind of slow-motion earlier in the film in a few mundane points.

AsianVersionOfET
Posts: 4049
Joined: May 2014
Location: [insert non-spoilery location here, that wasn't a spoiler to begin with]
I loved the slo mo. I thought it was used perfectly for the end climax. If it was “normal” slo mo (shooting in hi fps, projecting in 24fps) it would’ve felt too modern/not fit with the tone of the film, and if it was just normal speed...meh, woulda been alright, but it would have been too safe and “boring” for a sequence like that. I loved it.

Numbers
Posts: 11328
Joined: December 2011
Whoa. Just came out of this.
I might have to sit on it for awhile, but the film is undeniably impressive in its craft, and more importantly, it compares favorably with the 1977 film (which I love). It plays with deeper themes, but lacks the lurid fever-dream-esque quality of Argento's original.

Also, much like Goblin's score for the original, Thom Yorke's score does wonders—albeit to a different effect.