some of carpenter's score to that sounds like daft punk

Artemis
Posts: 9098
Joined: August 2009
Bumblebee was really cute! It had a lot of heart and it was very nicecore.

Not my favourite Carpenter movie but an excellent one to be sure.
Baines
Posts: 65
Joined: January 2019 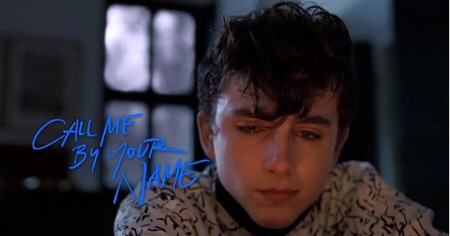 Not my favourite Robert Zemeckis film but one that I still enjoyed. Two women (Meryl Streep and Goldie Hawn) fighting over a schlubby doctor turned reconstructive mortician (Bruce Willis) is seemingly the premise of this film but there's a twist to the story that makes it a bit more unique and allows for some fun special effects work.

I initially thought that Goldie Hawn's character was supposed to be the villainous protagonist of the film but it turns out all three of the main cast have some deep character flaws and are unlikeable to varying degrees, though Bruce Willis' character has moments of epiphany. To be honest, I was surprised at how well Bruce Willis managed to sidestep his image as action hero in order to give a performance that at times veers into melodramatic but at other times seems genuinely pathetic, and by the end you are somewhat rooting for him in the increasingly bizarre situation he finds himself in. The beginning and ending of the film visually mirror each other in a way that has at least some thematic resonance.

The film is a black comedy with a cartoony edge to it and I can appreciate that. Not sure it's going to make the list of funniest comedies ever made or anything but it is at times biting and strange in a good way.

You could also call this 'Karma: the movie', especially in light of the 5-minute long teaser in which Hitchcock describes Man's relationship to the birds...

I had previously heard people say that it was not clear why the birds were attacking and that this is why the movie was so scary. There is a scene in a tavern in which one character almost gets to explain that point but then is interrupted by another character...but mostly Hitchcock shows you birds in cages or reminds you of the two lovebirds that the protagonists keep locked up in a cage, even though 'they haven't hurt anyone'.

The film gets really intense after the halfway point, prior to which it is largely concerned with establishing the characters and their relationships and very effectively I might say. The point where things are starting to get serious is when Tippi Hedren's character is attacked by a seagull while she's on a boat. The most intense scene for me though is not one of the big attacks but rather the moment where Melanie is lighting a cigarette outside the school and every time the film cuts away from her you see more and more crows quietly assembling on a playground structure.

The parallel between Mitch/Melanie and the lovebirds trapped in a cage by outside forces beyond their control makes the point about humanity's treatment of these animals in general very effectively by reversing the power dynamics. Jessica Tandy has a scene in which she asks Tippi Helen's character why the birds would want to harm them. The clue as to the link between the birds and the humans they prey upon in this film lies here: neither know why one is inflicting pain on the other, all that exists is the suffering without any way of communicating with, and hence understanding, the other. I should most likely not be able to view the film through this lens because the film only ever offers a small reference to the general point and does not even use that kind of language to talk about it. Based on the film alone, it might not be possible to understand why the birds are behaving the way they are, unless you are able to see the lovebirds as prisoners that the other birds want to rescue from the awful humans who put them in cages, steal their eggs and eat them every day without a second thought.