4N Legend
Posts: 1510
Joined: June 2013
Location: Locked up with Kojima
Tenet
3rd viewing and definitely a masterpiece for me.

Tron Legacy
Godly VFX, production design, and soundtrack. Story and pacing are just not entirely there

Once Upon a Time… in Hollywood
Probably the first Tarantino movie I could care less about. Brad Pitt was phenomenal though

The Beach Bum
Entirely bizarre ride. Visually stimulating but not enough depth to it. Definitely a fun ride though

Bumblebee
Arguably the best TF, maybe exceeding the first one. 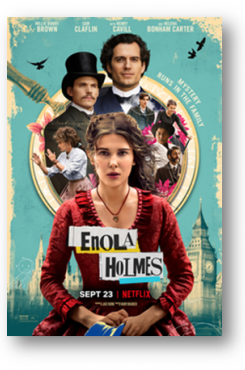 JFK: It's just wild and I've got the Seinfeld parody episode engraved in my mind (yes I've watched Seinfeld too often lol) but still. Even though it's got a long runtime, Stone is continuously engaging. The last speech courtroom was imo a bit too much but it makes for a great conspiracy look on the subject.

Nixon: It just made sense to watch this the day after tbh. Hopkins is incredible and I think I prefer this over JFK. Stone just dives head on into Nixon's psyche and it works tremendously well. The scene at the Lincoln statue was great. I love Stone's erratic style when it comes to these films. It works very well with a long runtime without ever becoming exhaustive. I must say that's quite a feat.

I want to watch W. soon but I heard that it's not on par with the previous two POTUS films by Stone. Wonder if he'll tackle Obama and maybe Trump lol (last one should be a riot I don't even know I want)

No Way Out: Really really liked this. I had never really heard of it but this is a real entertaining cover-up film. It may not be overly heavy on the emotional aspect but it is exciting and the performances are great. Particularly Patton stood out. I wish Sean Young had an even more fruitful career, she's such a good actress.

Theo et Hugo: well, thanks Tarssauce lol, the first twenty minutes surely are something you never see in 'regular' films but I thought it did help put that extra weight in these persons connection over the night of the film

I, Robot: I've seen this quite some times when I was younger but it is still a very entertaining summer action flick. The blu-ray is flawless btw. I also really like that this has a more brightly lit vision of the not too distant future. I get why so many sci-fis go by Ridley's style (and it's been done tremendously well in 2049 of course) but seeing a sci fi that's more natural and in more daylight (Oblivion also comes to mind) just keeps being refreshing. Would love to see an adaptation of what this films' screenplay was at first. I've read Asimovs short story and the concept stays relevant.
Batfan175
Posts: 4468
Joined: January 2012
Death Takes a Holiday (1934)
The dialogue in this film made me realise that the dialogue we get in most movies nowadays is utter garbage. Fredric March gives an excellent performance and the movie is not very long either. Very enjoyable film about life, death and self-discovery.

Mortica Addams is so fucking sexy. Goddamn Gomez is a lucky bastard
Batfan175
Posts: 4468
Joined: January 2012
Norma Rae (1979)
A very touching, emotional and still very relevant film about the importance of unions, for which Sally Field got the Oscar for Best Actress. The ending is bittersweet and that's not easy to pull off generally.

Speed (1994)
Keanu Reeves playing a cop in this intense action film is kinda surprising but I wished that Sandra Bullock was given more interesting material in the film because, while she does play the secondary protagonist of the film, as it stands, I still prefer her roles in Miss Congeniality and Demolition Man tbh but in one of those she's the main character so maybe I'm expecting too much? The premise of the film is kinda neat, since the bus cannot under any circumstances slow down below 50 miles per hour.

Sanchez
Posts: 2175
Joined: January 2016
Location: Norway
I'm in the middle of my town's annual film festival and there has been some brilliant movies shown in theaters so far.

Nomadland was fantastic and McDormand is coming for another Oscar. It could very well end up winning Best Picture too. 9/10

I also loved Shirley, and definitely hoping for a cinematography nod for my fellow countryman who shot it because it looked absolutely stunning. Elisabeth Moss also steals the show btw. 8.5/10

There Is No Evil and The Painted Bird were also really good. I'll post a full ranked list when the festival is over. Still missing a few big ones.