Films watched and rated this year.

Well that was dumb.

Bacon wrote:Might be a dumb question (spoilers for Strangelove):

Does Strangelove standing up signify the hidden potential for Nazism to rise in the midst of these ways of thinking or is it something related to his sexual nature (as almost every character in the film is struggling with sexual insecurities and such)? Or both? Not sure if that question made sense. It's 2am lol

In addition to ^ this question, I'm also curious as to how people on here feel about the movie Fail-Safe.

It wasn't bad, it's a good inoffensive forgettable time waster movie. Elizabeth Banks was quite bad as Rita Repulsa though. The final act could've been better, less clumsy, better written; the second act was fine; the first act of the movie was definitely the best and actually quite good. Honestly, the movie is way more interesting- actually done well- when it's exploring the normal life of the 5 leads. Also, the use of licensed music just does not work most of the time.

For better or worse, near the end of the final fight, it turns into Pacific Rim style of fighting.

4N Legend
Posts: 1498
Joined: June 2013
Location: Locked up with Kojima
Kong: Skull Island
I'm really surprised this was greenlit (in a good way). It felt like a 80's esque film with the cinematography, color grading, and narrative. This is going to be a guilty pleasure of mine honestly, had a blast.

Pirates 5
Eh.. The younger cast was fun, I wouldn't mind if those characters started carrying the franchise since Depp phoned Sparrow in.
shauner111
Posts: 3728
Joined: June 2011
Logan Lucky. Thought it was a snoozefest. Everything about it felt forced. Characters, premise, humor didn't click with me. 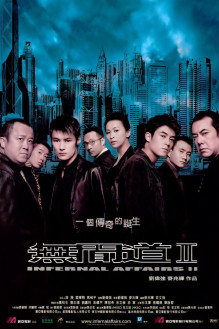 Infernal Affairs 2- 6.5/10
First time watching it. It's a prequel and basically a completely different movie. I'm most probably in the minority for this but i didn't really like it that much- kinda messy narrative wise and doesn't really work as prequel imo. Kinda disappointed in it. It still had its really good moments though. I can see why people liked it.

Infernal Affair 3- 8/10
Also first time watching it. Wasn't expecting much, but boy did i really enjoyed it. It sometimes jumps timelines unnecessarily, and the conclusion , even though it still works, comes sorta came out of nowhere. It might not be as good as the first movie, but it still maintains some of the DNA of the first movie which i can't say about the second movie.
Post Reply
4052 posts