All non-Nolan related film, tv, and streaming discussions.
Post Reply
2296 posts
spade
Posts: 557
Joined: July 2010
This was not that bad. But so many like so many crucial moments in the film are not earned. Rather far from it. And that is it's undoing. I enjoyed it because JJ still puts on a show. Can't fault anyone for hating it though.

Nomis
Posts: 18794
Joined: June 2012
Location: stuck in 2020
So I saw this yesterday evening, having rewatched TFA and TLJ in the two days before.

I honestly can't quite tell what I thought of it. All I know now is that it is just so much. There are hardly any quiet moments in the start of the film, you basically grow tired of the leads just because all they do causes chaos and mayhem. I mean sure it was a whole lot of spectacle, and the story beats are pretty crazy and yet they do their best to try and make it all work.

As of now I can only say that this was easily Ridley's best work as Rey. Driver is still the MVP and Williams once again does a great job. This film was just everything and the kitchen sink.

Tarssauce
Posts: 2532
Joined: December 2016
The biggest star in this film to me is Dan Mindel. His cinematography is just unbelievably gorgeous.
When Rey is lying down and the lightening lights reflects on her from different angles.
I agree. Daisy gave a her best performance in this one.

Cilogy
Posts: 26289
Joined: February 2010
Location: Texas
Contact:
Contact Cilogy
Website
Haven't seen this yet, and this is incredibly petty, but I can't even begin to describe how good my sleep is gonna be now if this film gets a bigger backlash than TLJ.

Master Virgo wrote: ↑
December 20th, 2019, 11:23 am
It's not my kind of Star Wars. If it's yours, more power to you. There are plenty of Star Wars for everyone. I got my favourite one in this trilogy and I'm more than satisfied.

If only people who didn't like TLJ had reacted that way.
I'm interested to know how much Terrio and Abrams wrote before the release of TLJ. How much were they affected by the reaction to the movie?
I'd like to think they had decided Rose was not an interesting character before the release, and not because of the reactions. Indeed, Rose is not such a great character in TLJ, she's mostly interesting in the way she affects Finn's storyline, but she could have been developped in TROS, like Poe wasn't really developped in TFA and more of a companion for Finn, but much more developped in TLJ. And since almost everything with Finn was boring in TROS, I guess they better should have kept Rose closer to him. About Finn, what about the thing he "never told Rey"? Was it there just for the joke? The writing of Finn is so not good in this film. Boyega had fun shooting with Isaac and Ridley, but he should have realized they got all the good lines. 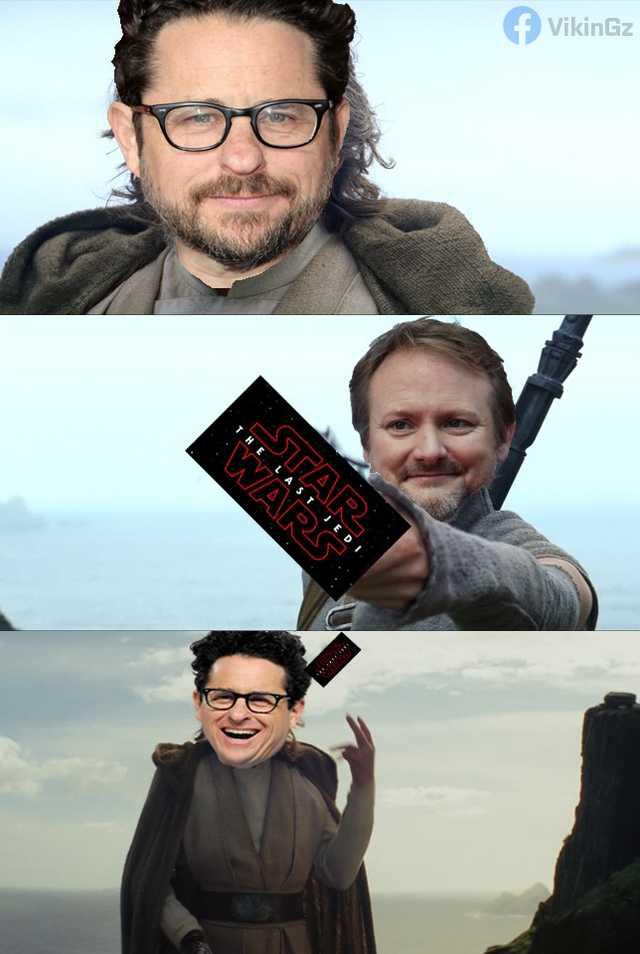