anikom15
Posts: 1256
Joined: May 2012
Is it just me or does making the enemy a lady sort of undermine the whole theme of the original story? I mean, I could be an idiot who knows nothing about the original story but Mulan is lowkey kinda fighting against a matriarchy in order to keep an old man in power.

Master Virgo
Posts: 12840
Joined: February 2011
This has been rated PG-13. Every other Disney re-imagining stuff has been PG.

Commercially Disney might be making a similar mistake as WB with Birds. Definitely not the greatest idea.

LelekPL
Posts: 2900
Joined: January 2015
Location: Poland
Contact:
Contact LelekPL
Website
Pg13 and PG make no difference to parents so this is irrelevant. If this underperforms it'll be because of the coronavirus. They should immediately postpone the release date to accommodate Chinese theatres opening up once again.

Master Virgo
Posts: 12840
Joined: February 2011
WTF? Watch Disney tank this movie in the western market cause of fondling to each and every whim from the Chinese test audience. Idiots.

Master Virgo wrote: ↑
February 26th, 2020, 8:04 pm
WTF? Watch Disney tank this movie in the western market cause of fondling to each and every whim from the Chinese test audience. Idiots.


if you think that's bad, read this

"To those still upset that an Asian filmmaker didn't get the job, Caro responds: "Although it's a critically important Chinese story and it's set in Chinese culture and history, there is another culture at play here, which is the culture of Disney, and that the director, whoever they were, needed to be able to handle both — and here I am."

from the new THR piece

Bacon
Posts: 25999
Joined: June 2011
It won't tank with western audiences because it's a Disney movie, but I'm never watching this thing. Everything surrounding this is a political move from China and Disney is bending their will to them for the most profit possible. 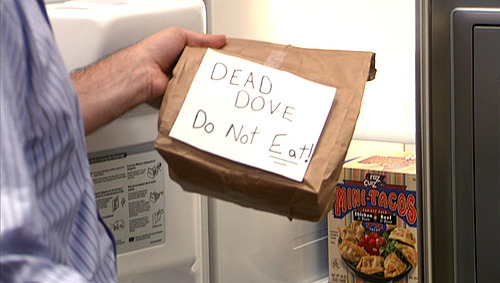 Chinese culture is actually real, everything at Disney is artificial, empty and fake so...

...but yeah obviously Disney should not change the film substantially just because some test audiences had some negative comments on the film lol. For being the biggest corporation in world, Disney nowadays sure loves to walk on eggshells when it comes to their films. God, how I miss the bold decisions in something like Fantasia. They'd never do that Nigh on Bald Mountain stuff nowadays just because not doing something is safer than doing something that might actually spark a discussion.
Post Reply
245 posts