Stephen King's It will be adapted for the big screen as two films.

According to The Hollywood Reporter, Jane Eyre helmer Cary Fukunaga will direct and co-write the movie with Chase Palmer, one of the screenwriters to have taken a crack at adapting Frank Herbert's Dune for the screen (again).


Taking place in the present day as well as decades in the past, the story revolves around members of The Loser’s Club, now adults returning to the hometown where they were once haunted by a mysterious creature in the form of a clown called Pennywise. The creature, known only as It, preyed upon the children of Derry, Maine, and isn’t willing to let its former enemies – who had once come together to defeat it as children – vanquish its evil once again.

The first one scared me a lot when I was a kid. Not sure what I think about a remake though :neutral:

RIFA wrote:Hmm... who could play Pennywise?

Haley would be interesting in the role though.

Haley would be interesting in the role though.

He'd be extremely short...but he's been in some menacing roles before (Rorshach, Freddy) 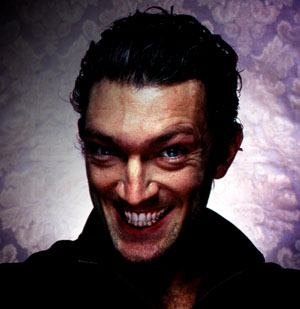 Cop 223
Posts: 8049
Joined: October 2011
Location: Chungking Mansions
Doing it in two parts is probably a good choice, it's quite a long book and it fits the structure of the book pretty well.
Do you... like pineapple?
FirelordSylar
Posts: 446
Joined: June 2010
Fassbender for Pennywise!!
Queen of Hearts
Posts: 1546
Joined: May 2012
Location: Missouri
Hmm..Is it strictly following the book adaption? I liked it up until the ending on the tv series:-)
Mason
Posts: 18329
Joined: February 2011

RIFA wrote:Hmm... who could play Pennywise?

Jackie Earle Haley would be interesting.

Haley would actually be a fantastic choice. I can't really think of anyone else who could fit the role.
Post Reply
745 posts