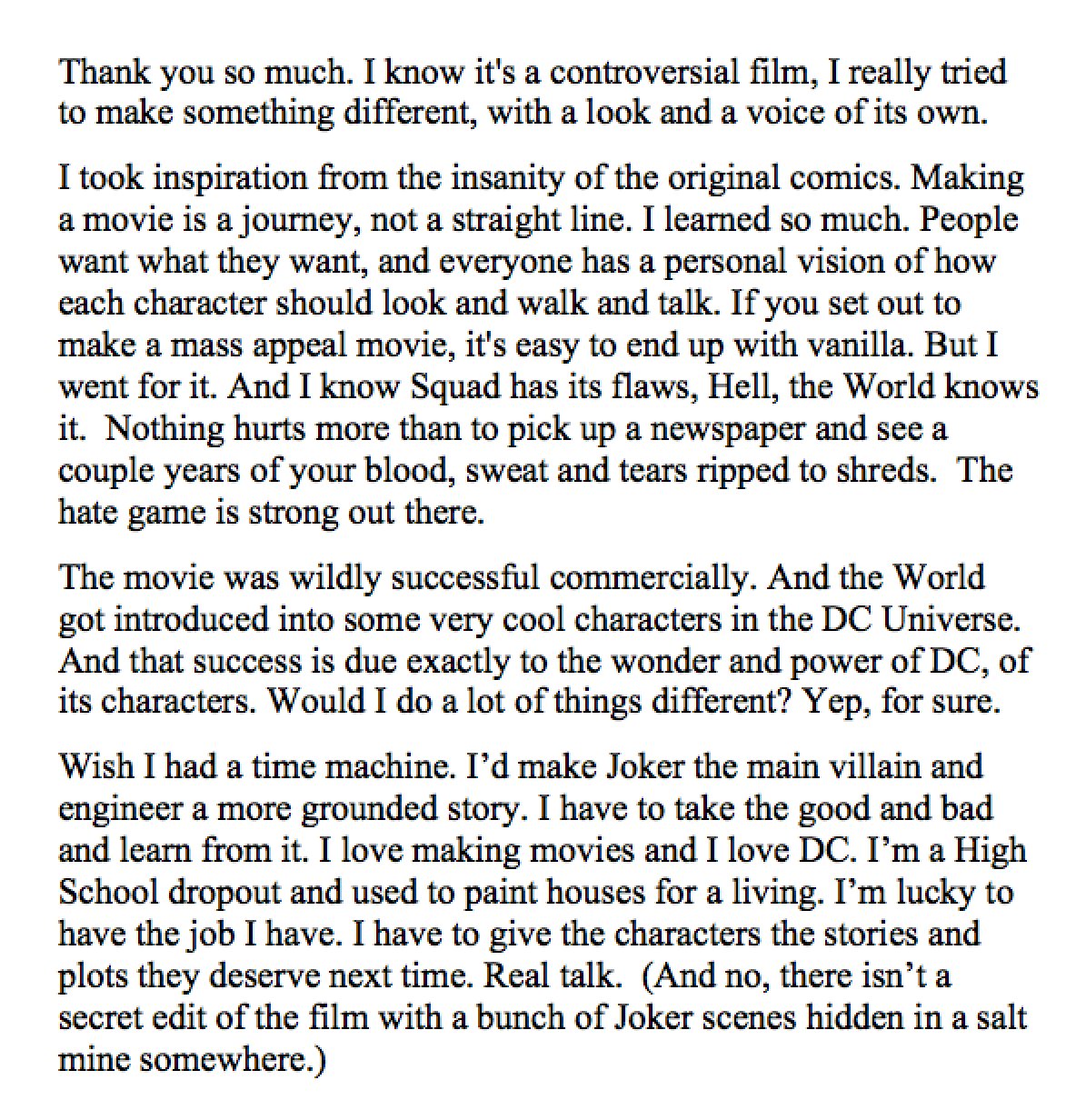 Wait, what did the fan say? Why tweet this months after the movie's hype being basically over?
PowerDump
Posts: 3323
Joined: June 2010
Lol I can't believe I went from, "Gosh Leto as the joker, what a great pick! He killed it in Dallas Buyers Club" before the movie came out to "What an awful performance, I don't know if I'll ever get excited for a performance by him again".
m4st4
Posts: 55632
Joined: May 2010
Looks like Ayer is editing, or at least considering editing, his cut.
If youu want to know what the original was supposed to look and feel like, watch SDCC trailer one (I started a joke), the rest was WB pants down reaction to BvS reception and Deadpool success.

Nomis
Posts: 19104
Joined: June 2012
Location: stuck in 2020
Oh that's pretty nice, I guess it also has to do with the desire for more and more content when it comes to all these different streaming services. I thought WB recently said that the Snyder Cut of JL was not to set a precedent but an exception. Which I understand, but man, they screwed over Ayer with this films' post production. He's a pretty good director imo and when everything aligns his work can be pretty thrilling. Like End of Watch and dat tank sequence in Fury.
I'd be interested to see Ayer's cut of Suicide Squad, fwiw he had a lived in world/characters set up... And I guess I'm one of the few who didn't hate Leto's performance. Or better said, the intensity he brought to the part. All the reshoots and some of his weird quips in scenes were indeed pretty cringe, but I wonder if those will actually be in Ayer's cut (if we get it). Yeah you all know I'm talking about:
hunkah hunkah and you want no beef?????" just jeez lol
Post Reply
3144 posts