Artemis
Posts: 9094
Joined: August 2009
Then maybe stop bringing up Nolan here when you don't have anything else to fall back on? If you like Snyder then fine. But let the adults talk please.

Artemis wrote: ↑
December 16th, 2019, 10:05 am
Then maybe stop bringing up Nolan here when you don't have anything else to fall back on? If you like Snyder then fine. But let the adults talk please.

Wow. It really bothers you that much.
Adults talk like personal attacks when you run out of arguments?

m4st4
Posts: 55151
Joined: May 2010
Location: Jackson County
So yesterday was another #releasethesnydercut day and Snyder confirmed a lot: the cut is done. That means editing, vfx, music... Everything. It's also 214 minutes long. He also posted a phone for crisis center since holidays can be tough for some people, he knows it all too well unfortunately.

HBO Max needs to happen at this point, they could market it as the end of a trilogy (MOS, BVS)

Artemis
Posts: 9094
Joined: August 2009
If the movie ends up being good WB will end up looking like idiots. Also, Snyder fans will probably petition for WB to let Snyder finish up his movies that he planned out for DC and that will be even more toxic and annoying than the current campaign.

Artemis
Posts: 9094
Joined: August 2009
But like I said, people are going to annoy them and want Snyder to finish up his DC story line. There is no way for WB to win.

Not if they continue releasing actual solid movies and sell this as the end of 'Snyder trilogy'. This can only be a win-win, but who knows what new CEO sees right now.

LelekPL
Posts: 2904
Joined: January 2015
Location: Poland
Contact:
Contact LelekPL
Website
They can't sell it as an end to the "trilogy" since this movie was supposed to end on a cliffhanger for another movie with Darkseid. WB wisely wants nothing to do with Snyder and even when the movie would prove to be another incoherent mess like BvS his small but loud fan base will want a continuation as Artemis said that WB knows would be pummeled by critics and ignored by the general audience. It's constantly a lose-lose for WB. They moved on, they're doing ok now, they rebooted Batman, just let it die. 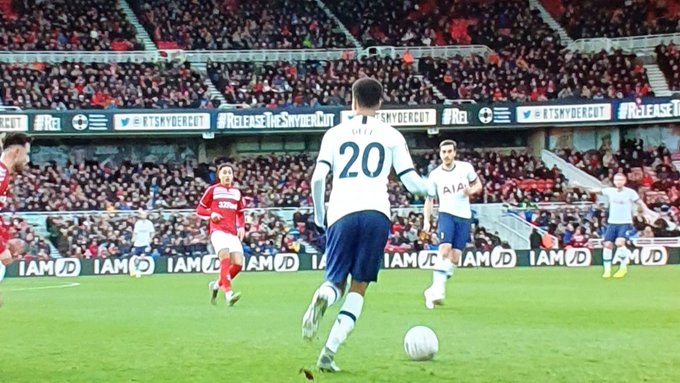