Nomis
Posts: 18880
Joined: June 2012
Location: stuck in 2020
Dwayne Johnson has hinted at WB/DC's Shazam film for some time. According to him, they have found the right script and recently he said he has yet to decide which role he chooses to play.

After this tweet, I think it's safe to assume he has chosen the role of Black Adam.

"Kneel at his feet or get crushed by his boot." My honor to become.. #BlackAdam #TheAntiHero #DCComics pic.twitter.com/Qk55eNf3R7 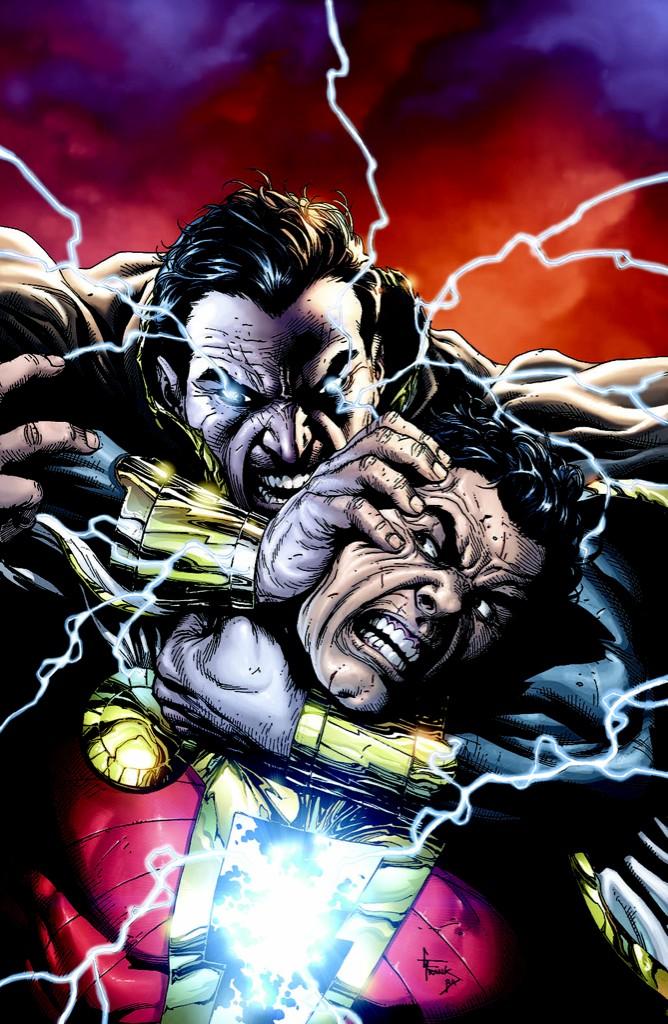 
Sources tell Variety that Darren Lemke is set to write the script with Johnson attached to star. Johnson will play Black Adam, who in recent issues of the DC comicbook, is more of an anti-hero trying to clear his name than a villain.

No production date has been set, as Lemke has just been brought on to write. But once a script is delivered, DC is likely to move fast to get the film quickly up and running .

Lemke most recently penned the “Goosebumps” script for Sony; his past credits include DreamWorks Animation’s “Turbo” and “Jack the Giant Slayer.” He is repped by UTA.


After stating the film will contain a "tone unto itself", he elaborated: "It’s a DC comic, but it’s not a Justice League character, and it’s not a Marvel comic. The tone and the feeling of the movie will be different from the other range of comic book movies."

While not able to reveal much about the movie obviously, he did say it "will have a sense of fun and a sense of humor. But the stakes have to be real."

He even had something to say about The Rock's involvement as Black Adam. Calling him a complex character, he says "The villain in superhero movies is often, I think, what makes the movie. And I thought Dwayne’s take on the character, and the way that he saw Black Adam, was really compelling and fun." He compared him to Johnson's role in the Fast & Furious franchise, describing him as an "antihero".

"It’s a DC comic, but it’s not a Justice League character, and it’s not a Marvel comic.

Yes he is. He even was in the recent Justice League War movie.

Somebody was gonna do this, sooner or later.

"It’s a DC comic, but it’s not a Justice League character, and it’s not a Marvel comic.

Yes he is. He even was in the recent Justice League War movie.


So he says he's not a JLA character and New Line is producing this… Could this mean the Shazam film stands on it's own? i.e. no connection to MOS/BvS? That would seem like an odd choice now that they are building their own cinematic universe with BvS… If this is true then I see the benefits of it as well. When they are in their own world and don't even have to think what Superman would be doing then and then they can make the most out of it. Just like Nolan's Batman trilogy is so contained. I'm actually cool with it if this ends up being a standalone.

4N Legend
Posts: 1510
Joined: June 2013
Location: Locked up with Kojima
I am going to fucking kill someone if this is a stand alone Looks cool, I hope they find someone as charismatic and right out of the comic book for Shazam like Johnson is for Black Adam

No idea who though.

Nomis
Posts: 18880
Joined: June 2012
Location: stuck in 2020
http://batman-news.com/2016/06/05/chann ... ics-movie/
I think it's a stretch tbh but batman-news was right about Famuyiwa directing a DC film which was The Flash.... Idk, on one hand it's a bit hard to believe Tatum left the Gambit production but on the other hand, it certainly does look like a troubled production.... However, Tatum wanted to play Gambit for a long time and he's got the role already....
However, I can definitely see him as Shazam though, maybe even better than Gambit lol.