A small (or bigger) intro would be lovely, for example:

Short bio: Lars von Trier is a Danish film director and screenwriter. He is closely associated with the Dogme 95 collective – an avant-garde filmmaking movement – although his own films have taken a variety of approaches. His work has frequently divided critical opinion.

Von Trier began making films at age eleven. Von Trier suffers periodically from depression, as well as various fears and phobias, including an intense fear of flying. As he quipped in an interview, "basically, I'm afraid of everything in life, except filmmaking." His first publicly released film was the 1977 experimental short The Orchid Gardener and his first feature came seven years later with The Element of Crime (1984). Among many prizes, awards and nominations, he is the recipient of the Palme d'Or (for Dancer in the Dark), the Grand Prix, and the Prix du Jury at the Cannes Film Festival.

Some of his filmography:


Oilman Jan is paralyzed in an accident. His wife, who prayed for his return, feels guilty; even more, when Jan urges her to have sex with another.


An east European girl goes to America with her young son, expecting it to be like a Hollywood film.


A woman on the run from the mob is reluctantly accepted in a small Colorado town. In exchange, she agrees to work for them. As a search visits town, she finds out that their support has a price. Yet her dangerous secret is never far away...


A grieving couple retreat to their cabin in the woods, hoping to repair their broken hearts and troubled marriage. But nature takes its course and things go from bad to worse.


& upcoming The Nymphomaniac (in two parts)

Some reviews for The Nymphomaniac so far:

This smorgasbord of talk and sex constitutes a very full meal.
http://tinyurl.com/qf5bxl6
Racy subject aside, the film provides a good-humored yet serious-minded look at sexual self-liberation, thick with references to art, music, religion and literature ...
http://tinyurl.com/q4ge3h4
Chaotic and not especially pretty, it has more of the punkish, radical spirit of The Idiots or Dogville than the gloss or contained drama of Antichrist.
http://tinyurl.com/oj9okd7
Lars von Trier's two-part psychosexual epic makes for invigorating, profound and occasionally baffling viewing.
http://tinyurl.com/q6c39cg

Help guide: Have you seen any of these movies? If yes, rank them, or post something about your favorite and/or worse. If not, check out the trailers, see if something inspires you to do so. What do you think about Lars as a filmmaker? How about his choice of women protagonists, particular sort of actresses or themes? Will you watch The Nymphomaniac in theatre or at home?

Basically, let's have a place for extensive discussions on anyone movie related, we tend to have those frequently in lots of different threads so this could be a perfect venting thread for that sort of stuff.

When do I get to push for ma man Leo, or Bale, or someone else? It's easy, participate in discussion, when it gets cold, bump the thread like I just did with Lars, it doesn't have to be overly detailed, something to pick up board's interest and that's it, enjoy the show.

On topic (ha), I'm starting my Lars marathon today, will end with Nympho in three days, part I at least.

jibran wrote:Groovadelic thread. Everyone's got a random thought about films and it ends up nowhere.

Clicking PLAY on Breaking the Waves (1996), see how it holds up after my first viewing... I was 10-11 years old, addicted to cinema, often spending my weekends watching stuff, alone or with friends, didn't really matter. And they had these free showings in my smalltown, I'll never forget the scene from the poster: 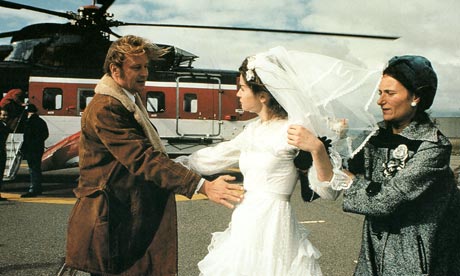 Emily Watson played such an innocent, pure, beautiful creature. The viewing itself, supposedly, didn't left any traumas, but I wonder what the elders around me thought about my parents at the time... which wouldn't let me see it in the first place.

Vader182
Posts: 20092
Joined: June 2010
Location: The White City
Contact:
Contact Vader182
Website AOL
It's one of my most heinous crimes that I've long ignored much of his filmography. Melancholia hit me like a lightning bolt, but I've only seen a few of his other movies. What do you recommend to see first if I revisit/see some of his films over break?

Vader182 wrote:It's one of my most heinous crimes that I've long ignored much of his filmography. Melancholia hit me like a lightning bolt, but I've only seen a few of his other movies. What do you recommend to see first if I revisit/see some of his films over break?

I've yet to see Europa or Idioterne, some of his raw stuff (I know how it sounds but post 2000 Lars movies actually look pretty due to DOP choices: Manuel Alberto Claro and Anthony Dod Mantle), but the way you see it in the OP above - starting from Breaking the Waves, that's my chronology, how I'd pitch it to anyone. And in reality, it's a shame to skip on any of those... the easiest one to slip from the list would obviously be The Antichrist, but if you manage to get all the way up there, why miss it?

I often say this and will say it again, Dancer in the Dark ''song number'' is one of the best musical scenes, even though it's ironic and grim in retrospective:

RIFA
Posts: 21411
Joined: June 2010
Location: All-Hail Master Virgo, Censor of NolanFans
Dancer in the Dark wiped out my hatred for Bjork for a moment and that is in itself something huge since I hate Bjork with a passion.
m4st4
Posts: 55632
Joined: May 2010
I have no opinion on Bjork since I don't know much about her, or her music. But what's the main reason for that RIFA?

In Dancer, she felt like a younger sister of Emily Watson's character from Waves, a child. I really appreciate Lars' later leading picks like Kidman or Gainsbourgh, throw whatever you want at them, it's ''easier'' to watch, they feel stronger.

Update on Breaking the Waves: Magnificent. Saddening but unforgettable, probably my favorite from his filmography, now that I've seen it many years after - it's still rings true to what I consider to be a great piece of filmmaking.

Let's talk about... (anyone movie related but Kevin)