given that Friends has gotten a remaster in the past, which was possible because it was shot on film, I hope Netflix will have a hand in remastering Seinfeld, too. Fresh Prince of Bel Air and The Nanny were shot on SD so there's so saving them... But I'd love to see a proper remaster of Seinfeld.

The more HDR the better lol

It's a new animated film on Netflix and I really enjoyed it!

It's a new animated film on Netflix and I really enjoyed it!

I haven't yet but I'm definitely checking it out. I love a good Christmas movie and I'm glad you liked it. I've seen Let It Snow and I can't really recommend it. It's a generic teenage drama.

Man I didn't even recognize Victoria Pedretti from Haunting of Hill House in this until it was pointed out to me later. She's a really good actress and she gets so into the role.

It was a fun season and I wonder what season 3 will bring.

Master Virgo
Posts: 13103
Joined: February 2011
Neither The Crown nor Marriage Story made it. Glad to Witcher is doing so well tho. 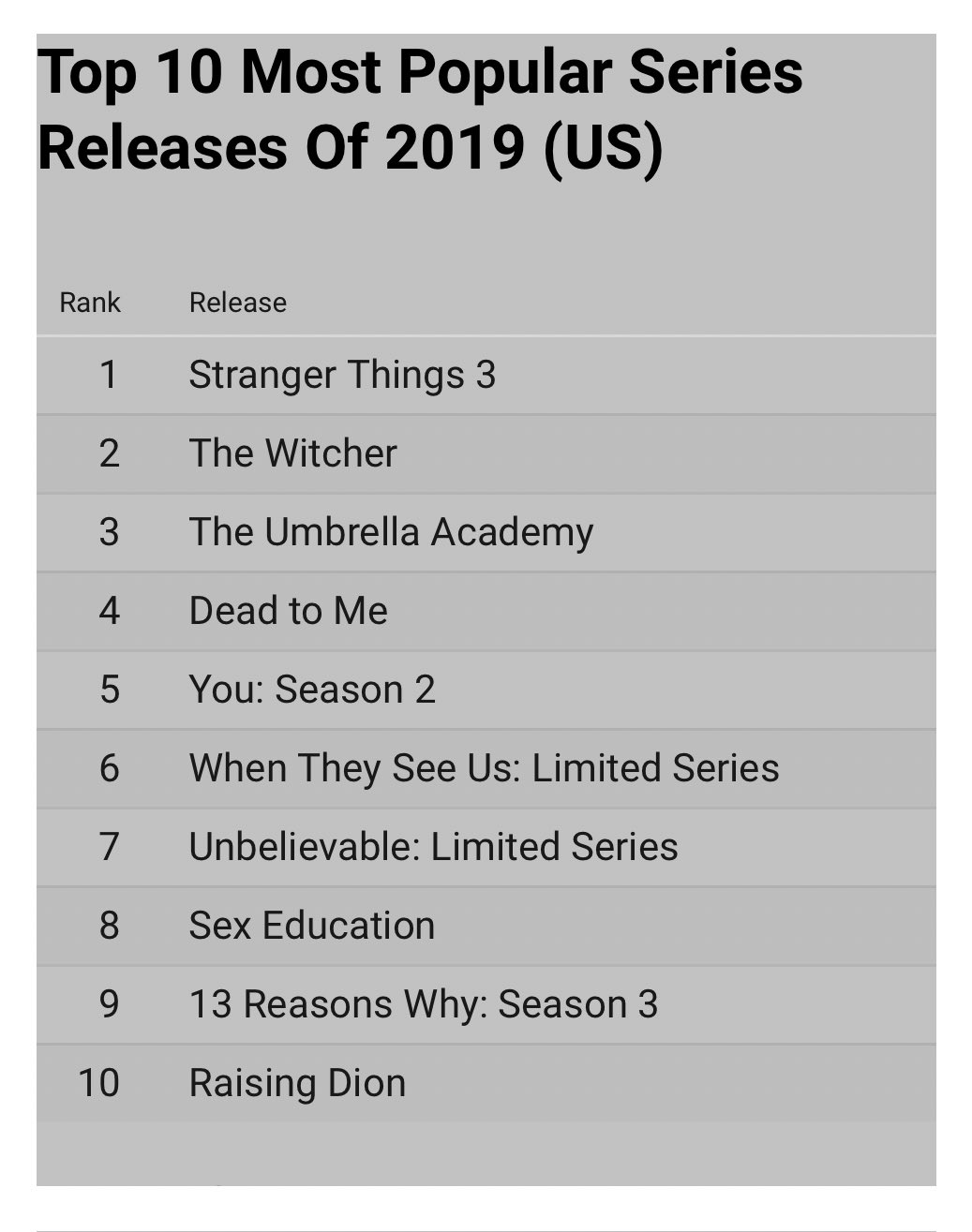 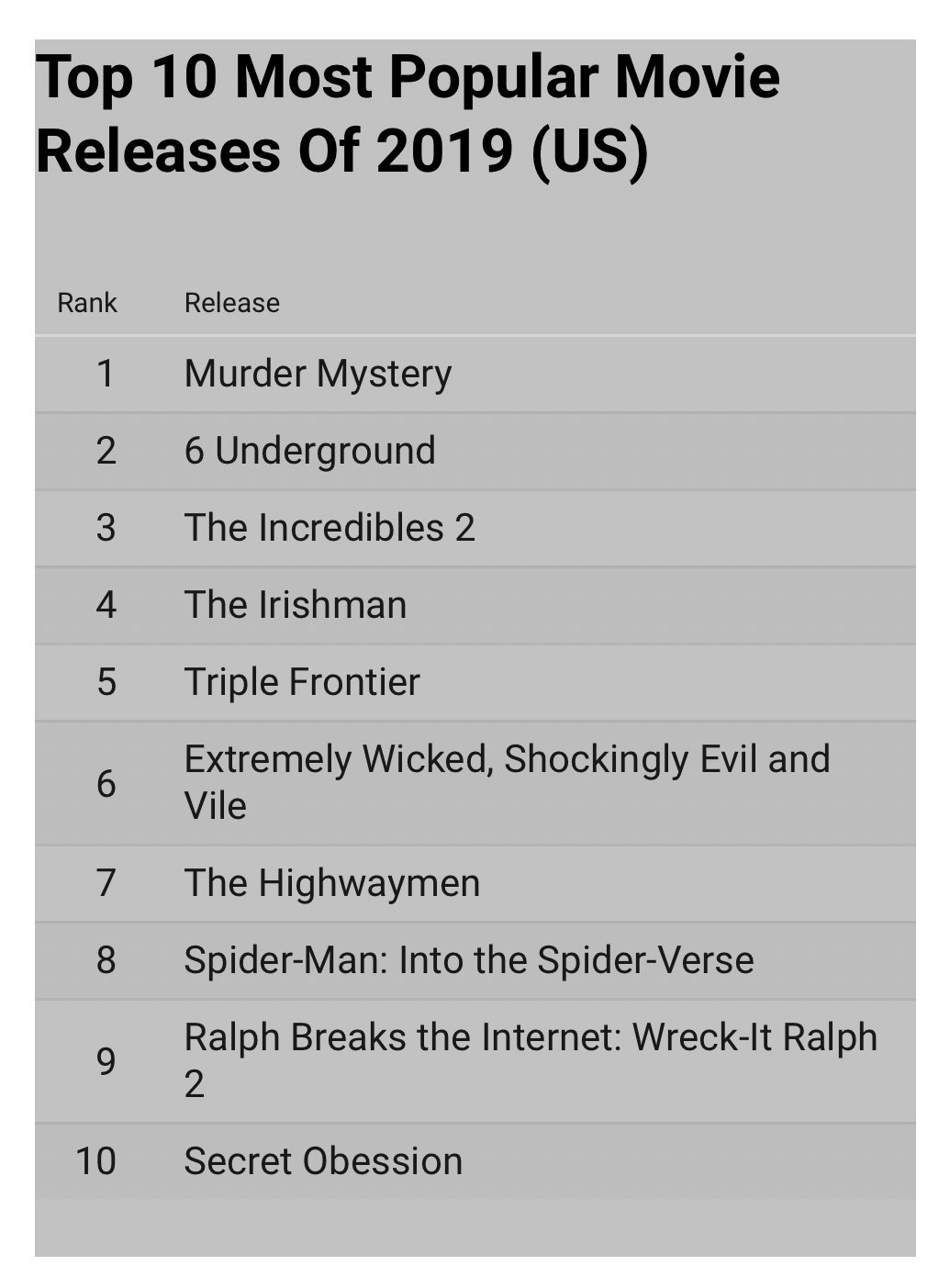 I mean, those lists are based on what shows people chose to watch 2+ minutes of during the shows' first 28 days on Netflix so it's not like people even needed to watch a full episode of any of these shows lol:
https://twitter.com/KristyPuchko/status ... 5176798209

The lists also seem to be incorporate 'viewing predictions'...like, what?
Post Reply
261 posts