Addicted2Movies
Posts: 3668
Joined: June 2011
Location: Houston, TX
Contact:
Contact Addicted2Movies
Website
So at this point yes or no; does the USA make it to the next stage of the World Cup?

Addicted2Movies wrote:So at this point yes or no; does the USA make it to the next stage of the World Cup?

A slight yes. Based on the fact Portugal looks like an absolute train wreck right now.

Addicted2Movies wrote:So at this point yes or no; does the USA make it to the next stage of the World Cup?

Or at least I really really hope so. Portugal sinks.

The sport is really picking up in America. With Clint and Bradley as the head of the snake I think they really found an identity outside of the Landon Donovan era of mediocrity. Plus with key home grown player gravitating towards MLS the national team actually has a solid identity and style of play now.

I actually wouldn't be surprised if if the group stage looks like:


Not just because I'm a #1 Portugal hater but because the teams performance today was pitiful and embarrassing. Sure they played Germany, a powerhouse, but the team looked lethargic and not on the same page. I'd love too see USA advance out of group stage, they have been the butt of the joke for too long and its time the world take the team seriously.

Dream-Xtractor
Posts: 9004
Joined: March 2011
I dunno why anyone thought Portugal would do anything of note in this WC. Take Ronaldo out their team and they're horrendously average. Ronaldo has to have a blinder every game for them to have any chance.

My second team Belgium is playing tomorrow, darkhorses for sure. Looking forward to seeing them play. 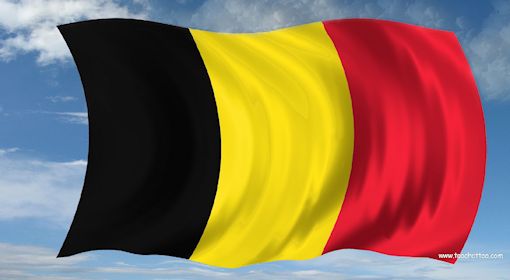 The Atomium after Fellaini's goal

You know that we actually call these gatherings "Public Viewing"? I don't think it's meant ironically