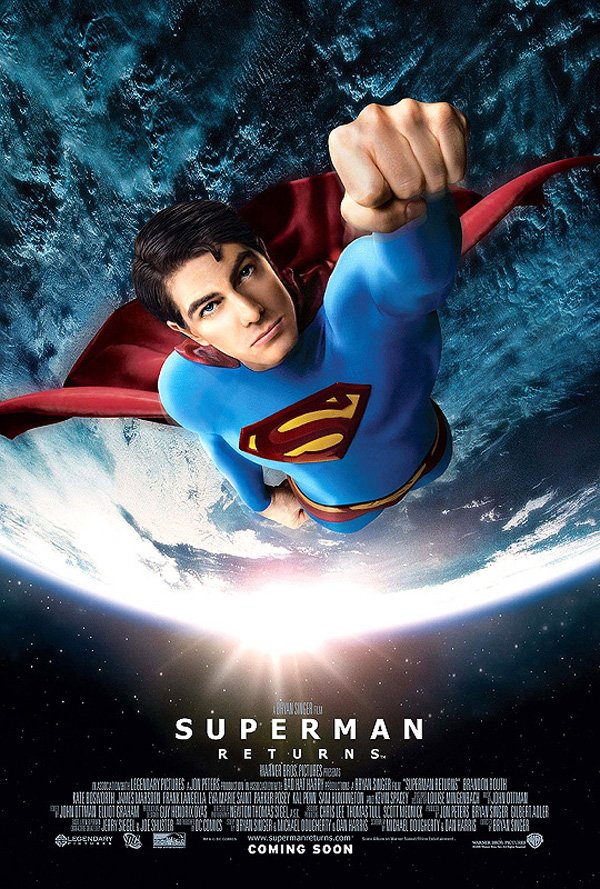 Not bad. I'll have to add it to my collection.

Likewise. It's clear that they didn't really put that much concentration on the posters for Man of Steel but this one isn't bad at all.
TheExtractorCobb
Posts: 335
Joined: June 2010
Kind of curious if it's gonna be like that. I think structurally this will be a bit similar to Batman Begins. It's going to take it's time with a solid proportion on Krypton and then of course on Earth, following a young Clark Kent learning his origins and powers. Then it will follow him doing so much needed soul searching like Bruce eventually finding his symbol.

He will contend with Zod, an appropriate first villain for the series while trying to justify his presence on Earth even after an attack from his own kind. With some universe building like a touch of LexCorp in the back, it's possible we might see the Man of Steel's number one antagonist Lex Luthor(like Joker) in the sequel, providing an interesting bad guy who has power, but no actual super powers feeling distinctly different from something like Zod. This will hopefully be the more renowned Lex Luthor with incredible ambitions. The kind of character obsessed with our hero cough like Dark Knight cough.

My only concern is that a lot of people seem to be suggesting the idea he won't be reporter Clark Kent because of the lack of realism in the concept of the glasses and that someone like Nolan wouldn't accept that. Look it's been that way for years and I accept it because it's the initial concept. You can't make a realistic Superman film. I suppose in some regards you can make it realistic in how the world would react to him which seems to be the idea behind this flick from Goyer. I'm not a Superman purist, but I prefer that he still be a reporter. Maybe not in this film, but in the next if this is a success. Personally I'd love it if Perry White called Lois in his office and said "I have someone I'd like you to meet. New reporter. Name's Clark Kent." "Please to meet you Miss Lane."

Besides if that was the case you could acknowledge from silly things in Nolan's Batman flicks where characters don't put 2 and 2 together. No one puts 2 and 2 together that Bruce and Batman are one and the same after Bruce returns after 7 years and like a week later, we see the first appearance of Batman. The same thing happens again in TDKR, when Bruce makes his first public appearance and then sure enough so does Batman. It's silly, but we accept it. Although I didn't like Blake recognizing that Bruce was Batman. Either the mask works it doesn't. It makes Gordon and others look like idiots. But see there ya go in retrospect as grounded as Nolan's Batman films are they are still very exaggerated. That's not a knock on them. I'm just saying they can go the whole glasses route if they want to. It's a guy who comes from another planet and can fly. Realism went out the window.

Can't wait for Man of Steel. I think everyone has collectively come together to make a kick ass flick and while I'm not fan of Snyder, I certainly don't hate him. I'm willing to give him the benefit of the doubt.

hotsauce32
Posts: 841
Joined: January 2012
Anyone know who says the line "What if a child dreamed of becoming something other than what society had intended? What if a child aspired to something greater?"?
DarkShadow
Posts: 54
Joined: December 2011
Cool story bro.
shadow123
Posts: 837
Joined: August 2012
Location: Congo

^
but good read, keep up the good job

That I agree with.

anarchy
Posts: 446
Joined: May 2013
Location: Hong Kong
While I hate the fact that they are still cropping stills out of trailers as posters, this one definitely looks better than the previous one. And it totally beats the Superman Returns one, so yay
Post Reply
6283 posts