oracle86
Posts: 6272
Joined: December 2010
Location: Space Truckin'
Contact:
Contact oracle86
Website
Starz has given a series order to Outlander, a drama based on Diana Gabaldon’s bestselling fantasy/romance/adventure series of books. The project, from Battlestar Galactica developer Ron Moore and Sony Pictures TV, has received a 16-episode order, with production slated to begin in October in Scotland where the books are set.

Gabaldon let the news of the greenlight slip at Book Expo America 2013. The news comes a month after Outlander opened a writers' room, with Moore hiring four scribes to work with him — Toni Graphia, Matt Roberts, Ira Behr and Anne Kenney. This marks Sony’s first series for Starz.

Outlander spans the genres of romance, science fiction, history, and adventure. It follows Claire, a married WWII combat nurse, who mistakenly steps back in time to year 1743 where she is immediately thrown into an unknown world of adventure that sends her on the run and threatens her life. When Claire is forced to marry Jamie, a chivalrous and romantic young Scottish warrior, it ignites a passionate affair that tears Claire’s heart between two vastly different men in two irreconcilable lives. The seven-book series has sold over 20 million copies. An eighth novel is slated to come out this fall.

Now Where Was I ?
Posts: 5217
Joined: January 2012
the romance thing isn't very appealing, but It's Battlestar Galactica's mastermind, so I'll give it a watch


-Starz CEO Chris Albrecht did promise “history, spirituality, love and honor, not to mention plenty of time travel, sex and warfare.”
-Production will start in the fall and the target debut is Spring 2014
-The relatively unknown scottish actor Sam Heughan cast as the lead

Really excited about this, mainly because Ronald D. Moore is the showrunner

Hope they don't sex it up, just cos it's in Starz.

Menzies will play both Frank Randall and Jonathan "Black Jack" Randall. Frank is Claire's 20th century husband and a professional historian with a particular interest in the 18th century and his own genealogy. Frank and Claire are reunited in 1945 after being separated by the war and rekindle their relationship when Claire disappears. Jonathan, meanwhile, is Frank's dark and violent ancestor from the 18th century and a captain in the English Army posted into Scotland during the rebellion. 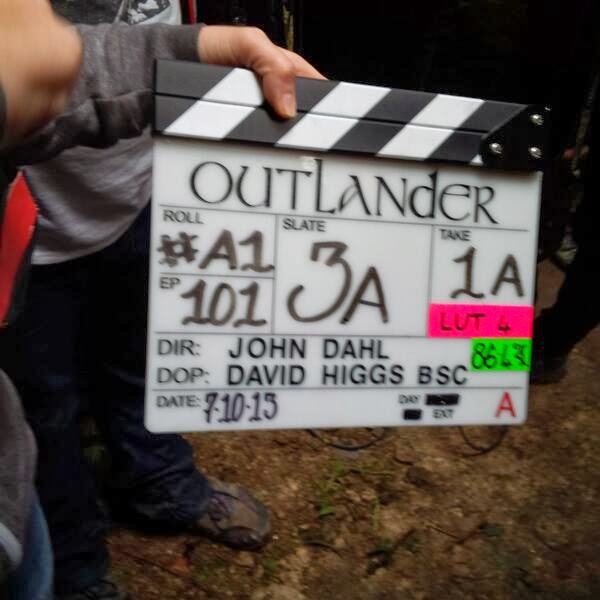