Knight
Posts: 108
Joined: September 2014
I liked the movie very much, but I kept telling myself several times during the movie, "this movies is so long." Maybe because I was sleep deprived when I watched it, so perhaps I had a short attention span.

Knight wrote:I liked the movie very much, but I kept telling myself several times during the movie, "this movies is so long." Maybe because I was sleep deprived when I watched it, so perhaps I had a short attention span.

Did he really? That's crazy.
eGregiovs
Posts: 605
Joined: July 2012
Not certain about the interrogation escape, but eight takes on the plane.
http://entertainthis.usatoday.com/2015/ ... -disaster/

Plus, jumping 120 feet into a tank and staying underwater for six minutes in one take.
http://www.businessinsider.com/mission- ... unt-2015-7

Now Where Was I ?
Posts: 5219
Joined: January 2012
Color me surprised, I'm not a big fan of this franchise, but I thought this movie fucking ruled.

The third act was all about betrayals and straightforward chases and I loved it. Rebecca Ferguson is a revelation, she owns the screen equally with Cruise when they're together. Pegg was great as always, fun to see Rhames back.

And that opera scene. Wow. And that precredits teaser.

Seriously, I loved it. Perfect mix of the fun of Ghost Protocol and the suspense of the DePalma original with a much better script than either of those.

MeLVaNoaTe
Posts: 1016
Joined: April 2013
I actually thought the script was quite average, even lethargic at times. It's uninspiring nature was much more obvious whenever we were not in the middle of some set-piece - my personal favorite being the power station particularly the underwater rescue.

I also thought that blaming Attlee solely for the creation of the Syndicate while not implicating the Prime Minister was cowardly or even naive on McQuarrie's part - leaving some anonymous person out to dry instead of the system which is how it works in the real world. What followed was even worse when Hunley after witnessing what the Syndicate was capable of re-instated the IMF. The condescension, the hypocrisy - it's truly astounding. I can't wait for the IMF (Ethan in particular) to go really rogue - Jack Bauer style.
I still had a good time. Rebecca Ferguson was particularly good, for a popcorn movie. I just wished they showed more ambition in storytelling like they do in their stunts.

My third favorite behind Ghost Protocol and III. 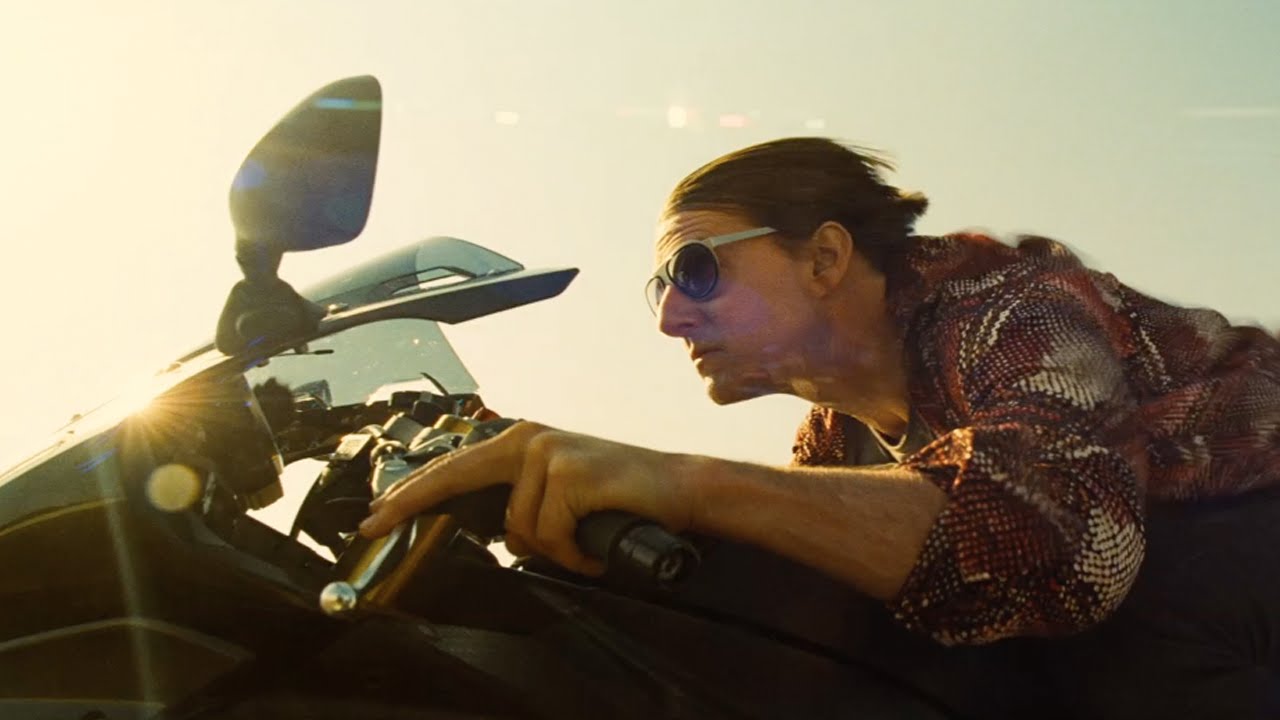 You never know what the outcome is, this applies to both the missions of these films, and the films themselves. These are not textbook action films; even if they do seem like it at times, it's because they're attempting to challenge those conventions and give them a nice twist. There's plenty of predictable moments in this film, but there are moments when you glued to the screen because you have no idea what'll be next.

In comparison to the previous films, I will need to admit that I have not watched the first two. I tried watching the first one years ago, but found myself feeling bored as batshit, and I have never even tried putting the second one on. Mission: Impossible 3 is a completely harmless action film, made better by a startling performance by Philip Seymour Hoffman and an early indication of JJ Abrams' visual talent. Ghost Protocol has some of the most incredibly shot action sequences of all-time, that still make my jaw drop everytime I watch it. When it came to this, only one question was on my mind; Is Cruise still watchable? Why I even asked myself that question I will never know, because this is Tom Cruise at his most action-packed. He still has the charm, wit, determination and persistence to do the right thing in any way possible, unorthodox or not.

Most of the sequences in this film are driven completely by tension rather than out of this world stunts. Yes, Cruise hangs off the side of a plane, yes there is a cool motorcycle chase, but those are a necessity for these films. When you realize what is going on and what is at stake, that is more important than any cool stunt that the crew can pull off. The last 30 minutes of the film has some of the most tense action scenes I've ever sat through in recent memory. Even during the Opera scene, the only thing you can hear is the singing, and the thrill came from the characters decisions, not actions. Honestly, it's more suitable to label this film a Thriller than an Action.

Is it the best film in the Series? No, that title still goes to Ghost Protocol, but it has the claws to scratch it from its place. This has been the most fun I've had with a film in a while, and I'm just glad these films are enjoying their own renaissance, and I just hope it'll last for a while.


“Fantastic Four” is struggling to find its footing at the box office this weekend, suggesting that not even superheroes are immune to poor reviews.

Early estimates show the 20th Century Fox release struggling to hit $30 million for the weekend, which is well below the anticipated mid-$40 million mark. Should the estimates keep plummeting, the opening could prove disastrous for the studio, which spent $120 million on the pic.

In addition to “Fantastic Four’s” not-so-fantastic 9% rating on Rotten Tomatoes, a damning tweet from the film’s own director, Josh Trank, suggested that even he was disappointed with the final cut. Kate Mara, Michael B. Jordan, Jamie Bell and Miles Teller star in the reboot.