What was the last movie you watched? IV

I can relate to James, and the overall feel of the film reminds me of summer jobs I have had. The film can be funny as hell when it tries to be, but also emotional in the more intense moments. The film offers a good time, and is full of Teenage angst that most of us have gone through in one way or another. Overall it may not be for everyone, but those who connect with will likely love it, and view it as very underrated.

I love Jesse in it. Ryan needs to do more shit like this. I felt like I went to high school with his character.

Also KS was good in it. I don't know why but I so fell for her character.

Yeah I thought the whole cast was great, Reynolds character was just hilarious. Everyone knows the older guy who thinks he is so fucking cool hanging around younger chicks.

...I also really liked Kstew in this, and just like you found Em to be incredibly attractive character.

Bill Hader and Kristen Wiig were great. When the film came out I thought it was going to be a straight up comedy since they seemed to be prominent in
the trailers. Glad it was something more.

I remember some people bitching about the film when it came out. Wasn't as funny as they expected. I told them to get over it. lol

Durden
Posts: 10531
Joined: March 2012
Location: The Rose City
Yeah I knew quite a few people who thought it was disappointing, I actually find the film to be really funny. Bill Hader especially, and Martin Starr has some great lines as well.

Like you said, everyone get their moment to shine or whatever in the flick. The people who were let down.. fuck them. I was surprised by it. If it was just another comedy I doubt people would even give a shit about it now.

George
Posts: 3666
Joined: June 2009
It has been years, but I remember really loving Adventureland. The only sour note I can think of was the ending... which just didn't quite feel genuine for some reason. I may revisit it soon. 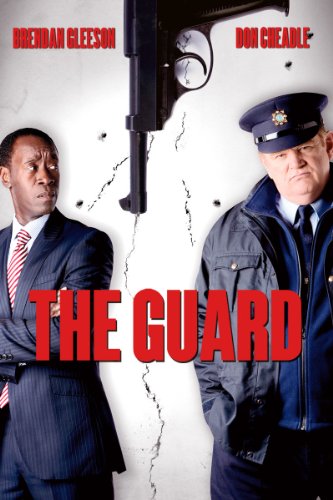 Fun as fuck! Very well crafted and written with a great lead performance from Gleeson. The black humor and satirical approach delivered and was exactly what I wanted. The Prestige.
9.5/10
Was on TV a couple of nights ago and I watched it again. The film just gets better and better each time I watch it. And Christian Bale is just amazing, probably one of his best performance. I just love this movie.

The Prestige.
9.5/10
Was on TV a couple of nights ago and I watched it again. The film just gets better and better each time I watch it. And Christian Bale is just amazing, probably one of his best performance. I just love this movie.

First shot of the film with his words give the entire film away. Such a bold way to open.