The famous 2000 film that put Christopher Nolan on the map tells the story of a man on the hunt for the man he thinks killed his wife.
Post Reply
2 posts • Page 1 of 1

MuffinMcFluffin
Posts: 1293
Joined: May 2017
Location: Elk Grove, CA
Let me know if I got this right. I was trying to explain away what Natalie's role was throughout the film to a group of people who just saw the film for the first time, and I might not have it down that well. Hopefully somebody can clear the air:

So Leonard killed Natalie's boyfriend (Jimmy), and Natalie mistook Leonard for Jimmy because of the car he was driving and the clothes he was wearing. Natalie tested Leonard's honesty about his memory condition with the spit drink, he passed, and so she took pity upon him and brought him home to help figure out his caseload.

Jimmy's disappearance (and a missing $200,000) prompted Dodd to pursue Leonard, but he found Natalie first and scared her a little bit, actually threatening her as she so claimed. Natalie took action to protect Leonard and herself by leading Leonard to believe that Dodd threatened and attacked Natalie (even though she baited Leonard to hit her, which of course he didn't remember).

After Leonard scared away Dodd, Natalie returned the favor to help Leonard pursue his wife's killer by attaching a name with the license plate from her friend at the DMV. Although there is no reason for us to believe that Natalie knew Teddy was the same 'John Edward Gammel' she helped Lenny track down and kill (and that she probably doesn't know who he actually is anyway, or so it seems), it became a double-win for her since Teddy was the initial cause of Jimmy's death.

Close? I can't enter her mind with parts of it (like did she actually try and protect Leonard, and was she actually returning the favor because he helped her?).

On that note, I'm still curious what Leonard's conversation was like with Dodd in the car. I feel like he could have gotten a lot of questions answered at that time and he simply didn't bother, and rather just chose to scare him out of town.

EzekielAxel wrote: ↑
August 27th, 2020, 6:48 am
I’m not hating, she’s ok. I don’t mind her but I am genuinely curious, what is it about her that has all the boys wanting her? I don’t understand. She’s pretty but from what I see that’s it. I don’t see much of her personality and she’s so over hyped for no real reason- at least I don’t see it. Again I’m not hating just genuinely curious. I also want the podcast to go back to being David and Jason, without her. 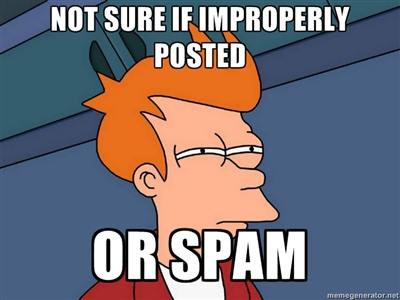