UPDATE (4.12.12): We’ve added the six photos from the Entertainment Weekly article to our story gallery below via Batman-News.

Entertainment Weekly‘s Summer Movie Preview issue is about to hit shelves, and gracing the cover is none-other-than The Dark Knight Rises. The cover photo is that off Christian Bale as Batman and Anne Hathaway as Selina Kyle – aka Catwoman. Expect a write-up on the inside of the issue as well, but don’t expect too much. Nolan is as reluctant as ever. “So what can I not tell you about my film,” he told the magazine while on break from editing the much anticipated film.

Even so, Nolan did expand upon our first preview of Rises and shared some intel about Batman’s latest cinematic adversaries. First, there’s Bane (played by Inception alum Tom Hardy), a cunning, hulking terrorist with a menacing respirator-mask and a small army bent on sacking Gotham City. “He represents formidable physical strength, combined with absolute evil of intention,” says Nolan.
– EW

Hardy also jumps in the mix and gives some of his thoughts regarding his character’s voice, saying, “It’s a risk, because we could be laughed at — or it could be very fresh and exciting.” He also adds, “The audience mustn’t be too concerned about the mumbly voice. As the film progresses, I think you’ll be able to tune to its setting.” However, as you have no doubt noticed, the cover doesn’t feature Bane. Instead it features a character that has been kept more in the shadows — as far as media goes; Selina Kyle.

And then there’s Anne Hathaway as Selena Kyle, the latest incarnation of Batverse femme fatale Catwoman. Nolan’s take on the character is no campy sexpot or frazzled ghoul but a shifty cipher, calloused survivor, and world-class criminal. Says Nolan, “She has a very strong way of protecting herself and those she cares about, which implies an underlying darkness.” Hathaway says she prepared for the role by reading the comics and studying the moves of Hedy Lamarr and Jean Harlow, the two screen legends that inspired the original conception of the comic book villainess.
– EW

The actress also talks about needing to physically transform for the role, as well as hinting at doing some of her own stunts. You’ll be catch all of this and more in Summer Movie Preview issue of Entertainment Weekly when it hit stands later this week. 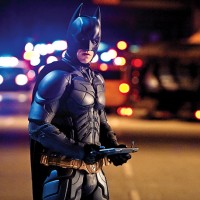 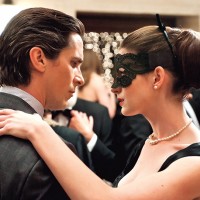 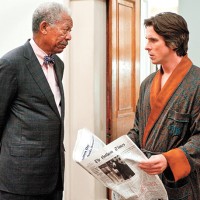 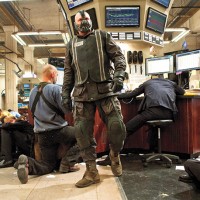 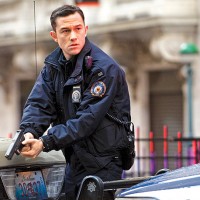 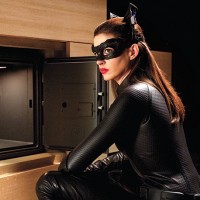