Not a good time to put a trailer online showing bullet holes and a SWAT team.

I hope there are no shenanigans with this film in the next year.

I strongly suspect we'll see a day in the near future where all films showing guns gets an automatic R rating. I'd put money on it.

Wouldn't it be the opposite if we're in Trumpland? Guns are fine as long as they're depicted in a positive, pro-gun light?

Bacon
Posts: 25675
Joined: June 2011
It's absolutely infuriating that boomers care more about the violence in film/games than the violence happening on their own streets.

Also, there's totally such a thing as momentum.

blackColumn
Posts: 201
Joined: August 2019
I wanted to be the first one to break it to you folks but the other guy has already said it : the film will never really realease.

The TENET logo used to spin in about 3 seconds. Now it is 5 seconds. A few months later it'll be over a minute of wait before one round is complete. Few decades later, we'll be looking at researchers at Harvard using particle accelerometers to use the spinning analogpus to the negative of quantum speed.

Yes, the concept of not realeasing a movie : mind blown. That's too radical of an ideaI know..But hey Nolan is a genius.

aleks989 wrote: ↑
August 12th, 2019, 1:16 pm
This might be bullshit or just my brains playing with me, but I could swear the "TENET" moving clockwise is turning slower then last time I saw it, which was like 4 days ago.

Could it be this starts moving slowly and slowly by the day and probably stopping somewhere this week so the trailer releases, there was no facebook/twitter/instagram page, maybe here is where the magic will happen. Might be overthinking too much, but it's goddamn Nolan, anything is possible.

It would be a great idea, so it worth to do an experiment. I recorded it with my phone, maybe tomorrow or the day after tomorrow I'll make another one and put them next to each other to see if there's any change.
The Special One
Posts: 3494
Joined: June 2010
its def spinning slightly slower.

Yeah I notice it too.. I think they did something similiar with Dunkirk, except it was the ticking clock.

antovolk wrote: ↑
August 12th, 2019, 2:33 pm
True though I my point is, if they were going to release it online they would have while the momentum was going over Hobbs and Shaw opening weekend.

I just don’t think the momentum you speak of exists. If they release it online, its success is unaffected by the gap between when it hits theaters and now.

Of course it's gonna get some major buzz no matter what, but wouldn't it have been better to drop it online while everyone was talking about 'omg I saw it with Hobbs and Shaw' 'oh I didn't get it at my theater' rather letting that sort of talk basically fizzle out (which is absolutely has). Maybe they want two-fold buzz, but what it's definitely sounding like is Nolan wanting it cinema only specifically and people to just happen to come across it rather than seek it out. 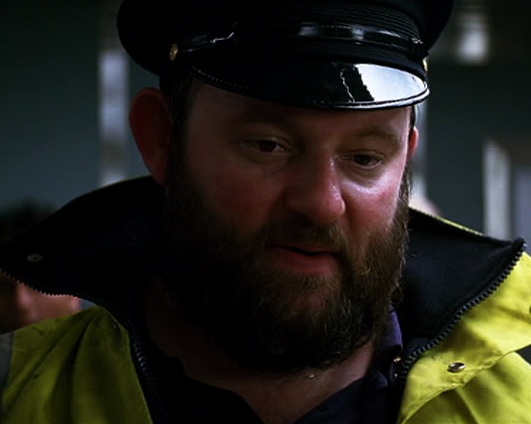 The momentum hasn't completely died yet, either.
Post Reply
1572 posts