The 2017 World War II thriller about the evacuation of British and Allied troops from Dunkirk beach.
Post Reply
13 posts
neb4ever
Posts: 544
Joined: November 2014
Yes let us list the films that are similar or what inspired Nolan to make this masterpiece Dunkirk.

dormouse7
Posts: 2577
Joined: June 2016
Supposedly one of the top 10 films that influenced Nolan:


It’s 1942 and the US Army is fighting a bloody offensive north through the island of Guadalcanal. Japanese resistance is stiff, desperate, and both sides experience inhuman acts of violence. The scale is not historical but mythical. The Thin Red Line aspires to be an epic writ in the lyric of Malick’s coolly observant camera and metaphysical sensibility. The battle gains specificity by following the lives of a group of soldiers in C—Company over a period of a couple of weeks. Frequent Nolan collaborator Hans Zimmer also composed the score for The Thin Red Line.

Christopher Nolan has said of The Thin Red Line, “It’s one of the few films I’ve seen that, even though it’s based on a book, could only really be done in cinema. It’s just the essence of cinematic storytelling. It has a hypnotic quality where the viewer’s relationship with the photography, and the sound particularly, creates narrative points; it creates emotions that drive the narrative.

These things are created by the combination of picture and sound rather than the dialogue. A lot of films, a lot of great films in fact, could also be radio plays or television programmes or stage plays. The Thin Red Line is pure cinematic storytelling.”

There are additional articles about this. 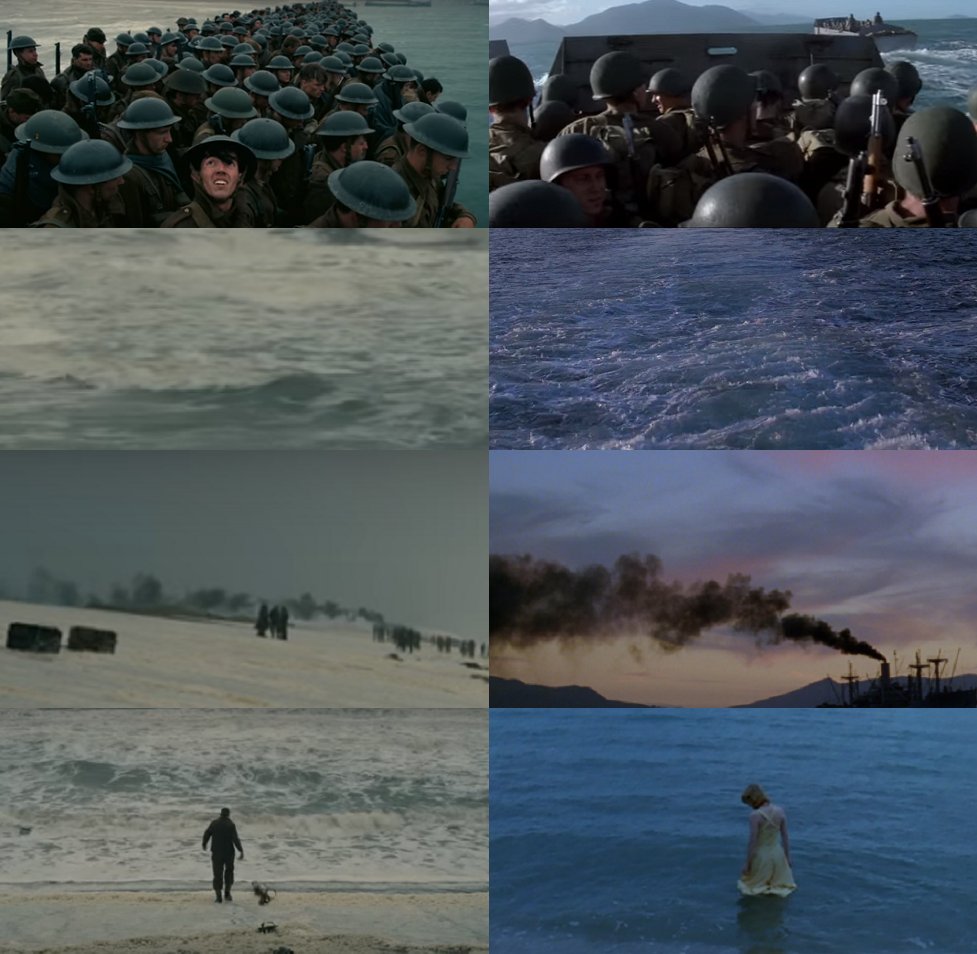 Willem
Posts: 2590
Joined: January 2016
Location: The Netherlands
Exactly what I was thinking. He must know a lot about it since he wrote that Hughes biopic early on in his career.

dormouse7
Posts: 2577
Joined: June 2016
According to the web (for what it's worth), The Thin Red Line is one of Nolan's top 10 favorite movies and his favorite war movie. I expect some homage to TTRL and Dunkirk (1958) and perhaps some other war movies in Nolan's Dunkirk.

Rylance's young crewman played by Tom Glynn-Carney is dressed very similarly to Bernard Lee's young sea scout crewman "Frankie" in Dunkirk (1958). Charles Lightoller had a sea scout and a son on board when he took his boat to Dunkirk. Frankie in turtleneck sweater (helmet is because they went on the beach):
http://www.bfi.org.uk/films-tv-people/s ... 0o-3b3.jpg

The mole (pier) scene in the teaser is reminiscent of this TTRL poster:
https://images-na.ssl-images-amazon.com ... @._V1_.jpg

From Here to Eternity was the first book of a 3-book war set by the author of The Thin Red Line. TTRL was the second book. May just be a happy coincidence but: