Nomis wrote: ↑
January 18th, 2018, 7:27 pm
What if Styles ends up with a Best Actor in a Supporting Role nom lol I know the chances are next to none but still, hasn't something like that happened before? Getting an Oscar nomination even though one wasn't nominated for anything else before that? MV?

It sort of happened for Cooper in 2014 where he was barely nominated for anything until he got the Oscar nod, but that's a rarity.£

Ruth
Posts: 7651
Joined: August 2012
I thought people expected a nom for Hardy before the movie even came out?


The One Direction heartthrob proved he wasn’t just a pretty, singing face in Christopher Nolan’s Dunkirk, and as the director is set to direct the next Bond film an insider says Harry could be in with a chance

The One Direction star received rave reviews for his performance in Christopher Nolan’s Dunkirk last year, and as the director is due to take the reins for next Bond films, his friend and Sceptre film editor Lee Smith says Harry, 23, could be in with a chance.

He said: “Harry is really good and he can go all the way. He is an exceptional talent and a complete natural on camera.

“You would have thought you were dealing with a guy with many years of experience. You would never know that was his first film. I didn’t know who Harry was.

It's a long time rumor. Probably they're right anyway. Not about Harry, but about Nolan))))) Still, I would love to see Harry playing any role in next Nolan' movie.

Nomis
Posts: 19326
Joined: June 2012
He turns 24 February 1st (yes I had to look it up) so assuming Nolan makes Bond 26 and the camera's start rolling in summer/fall 2021 Styles will be 27, perhaps turning 28 during the shoot. I'd actually quite like the new Bond to be late-twenties and to really grow into the role. It's that Craig is a great actor and looks great, but he is going to be a 50 year old Bond once the cameras start rolling for Bond 25. Then at least make the main love-interest MUCH closer to his age, if not just around his age. There is a 17 year gap between Craig and Seydoux. I would've loved to have seen Monica Bellucci as the main love interest in Spectre, hell, perhaps she will be in this one. I'd love that.

I guess it all depends on what Nolan's vision is. I mean, he wants to reinvent it after all, casting someone younger than usual could be a step in that direction. I'm all for it, Styles proved his acting qualities in Dunkirk and I can definitely picture him as Bond.

Just adding a link to this here - a piece of interview where Nolan talks about Heath Ledger, a bit about Harry, and about masking/bagging Hardy and Murphy.

Wonder if he'll be attending the Film Awards... 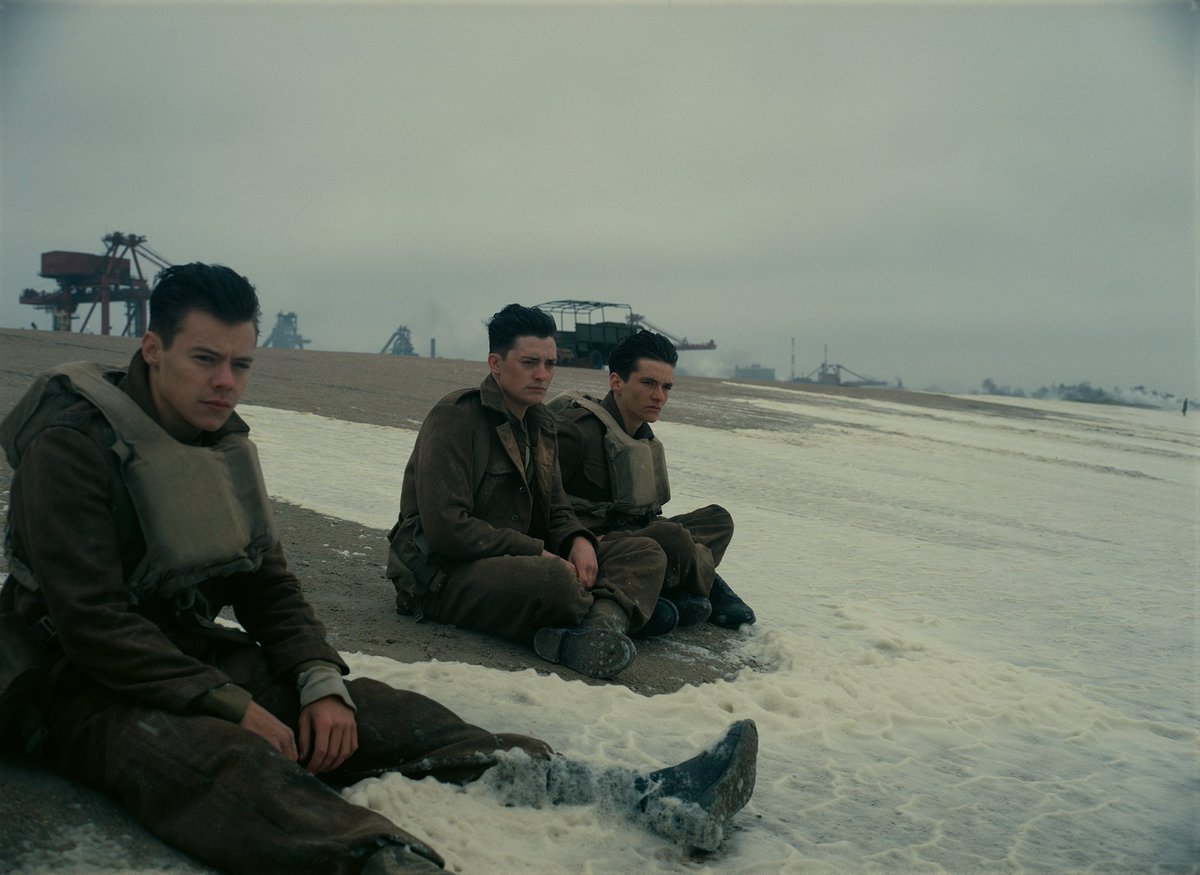