EnzoTheBaker
Posts: 2980
Joined: June 2010
Everyone's going for the highbrow choices, but Nolan is a huge fan of The Black Hole, so I'm sure that'll show up in this movie too

EnzoTheBaker wrote:Everyone's going for the highbrow choices, but Nolan is a huge fan of The Black Hole, so I'm sure that'll show up in this movie too

I'm joking... hopefully. Although, you never know with Nolan and his Bond infatuation

I'm joking... hopefully. Although, you never know with Nolan and his Bond infatuation

Well, if the movie stays close to the original script, there aren't a lot of other space sex scenes they can draw inspiration from!

Lionheart
Posts: 1070
Joined: November 2012
It's not an inspiration by any mean , and without reading the script (which means i have zero idea of what might happen) , i think Gunbuster is a great suggestion to watch before Interstellar. 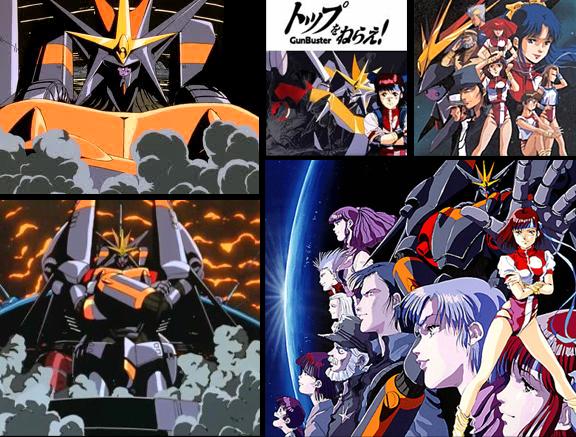 Gunbuster is an anime OVA series , by studio Gainax and the first work of Hideaki Anno (known for being the crazy dude who directed Evangelion a few years after). What does an Mecha vs Aliens in Space has do to with Interstellar ? One of the central plots of the show revolves around the concept of Time Dilation and its effects. Its not thrown around randomly , and it very much tries to be as realistically as possible. There's even mini-science lessons before each episode to explain what and how things happens. I dont want spoil anything , but the show plays a lot with the concept of time passing differently between relatives (and others) and the immense grief it generates. I haven't read Interstellar script but i imagine it might play some similar interactions.

It also has one of the greatest endings ever. Of anything.

Watch it. And dont worry about the first episode , which is kinda different from the rest.

Lord Shade
Posts: 1329
Joined: April 2014
Location: Depths of Violence
From the description of the article about Interstellar in EMPIRE (http://www.empireonline.com/):


INTERSTELLAR INSPIRATION
Interstellar's biggest inspiration was – unsurprisingly – Stanley Kubrick's masterpiece 2001: A Space Odyssey, so what better time to revisit giant space babies? We've spoken to Dave (of "I'm afraid I can't do that" fame) himself, Keir Dullea, to find out what Kubrick was like on set, what famous shot was done in one take and why HAL was originally a cockney. Interstellar's second biggest inspiration was Philip Kaufman's neglected classic The Right Stuff, so we spoke to Kaufman too about what Nolan calls "an almost perfectly made film."

psmith
Posts: 1
Joined: March 2015
Pual W. S. Anderson's film Event Horizon (the pen and paper explanation of a wormhole) and Connie Willis's novel Passage
mosh89
Posts: 181
Joined: October 2014
2001 a space
i just saw it this past week i must say nolan used some shots from that movie
he was clearly influenced by that movie
Post Reply
24 posts