The 2012 superhero epic about Batman's struggle to overcome the terrorist leader Bane, as well as his own inner demons.
Post Reply
1901 posts

dafox wrote: Again I have no idea how these things work but I had that same thought of why she was there. I'm still unsure because how could they overrule Dagget's majority share holding just because they favor Miranda Tate?

He didn't hold a majority. Bruce did and he gave it over to Miranda. Daggett thought that because of Bruce's alleged bad trading that he would be a shoe-in for getting the majority from the board, but obviously the board didn't go for it. But I, like you, don't understand exactly how all the boardroom dealings go on in big business exactly, so...

Lucius told Bruce that his majority will keep Dagget at bay meaning that Dagget was rapidly gaining ground prior to Bane's heist. Bruce didn't give it over to Miranda because Lucius told him that he's completely broke before they met with her at the reactor.

Baniac wrote:
He didn't hold a majority. Bruce did and he gave it over to Miranda. Daggett thought that because of Bruce's alleged bad trading that he would be a shoe-in for getting the majority from the board, but obviously the board didn't go for it. But I, like you, don't understand exactly how all the boardroom dealings go on in big business exactly, so...

Lucius told Bruce that his majority will keep Dagget at bay meaning that Dagget was rapidly gaining ground prior to Bane's heist. Bruce didn't give it over to Miranda because Lucius told him that he's completely broke before they met with her at the reactor.

I'm not sure, but just because Wayne was personally broke I don't think that forfeited his place on the board. Maybe some business student on here can enlighten us as to how company boards, etc. actually work. I'm curious.

MagnarTheGreat
Posts: 2218
Joined: April 2011
I think Bruce's fortune is intertwined on WE stock, which he was the majority shareholder of after Earle took the company public (IPO) in Batman Begins.


EARLE
What makes you think you can decide who's running Wayne Enterprises?

BRUCE WAYNE
Well, the fact that I'm the owner.

EARLE
What are you talking about? The company went public a week ago.

BRUCE WAYNE
And I bought most of the shares - through various charitable foundations, and trusts, and so forth. Look, it's all a bit technical, but the important thing is that my company's future is secure.

In TDKR Alfred brings up that WE is not profitable


BRUCE WAYNE
Yeah. Alfred, why did the Wayne Foundation stop funding boys' homes in the city?

ALFRED
The foundation is funded by the profits of Wayne Enterprises. There have to be some.

Lucius makes the point that Bruce lost some of his fortune because WE was not thriving after the energy project was mothballed.


BRUCE WAYNE
I see you haven't lost your sense of humor...even if you have lost most of my money.

FOX
Actually, you did that. If you funnel your entire R&D budget into a fusion project that you then mothball, your company is unlikely to thrive.

Lucius explains that "put options" made Bruce broke. Daggett said it was crazy gambling on futures. What I think this all adds up to is that the "Bruce" (the LoS) gambled all his shares in Wayne Enterprises in such a way that resulted in him no longer owning the company. Daggett also blamed Bruce for the lower value of WE stock.


FOX
Page three. It seems you made a series of large put options on the futures exchange. Verified by thumb print. Those options expired at midnight last night.

FOX
Long term we may be able to prove fraud, but for now...you're completely broke. And Wayne Enterprises is about to fall into the hands of John Daggett.

The newspaper headline was BRUCE WAYNE DOUBLES DOWN AND LOSES.


DAGGETT
I'd like to point out that we have a non-board member here. This is highly irregular, even if his family name is above the door.

BOARD MEMBER 2
And he himself has run it-

DAGGETT
-into the ground, sir. Does anybody disagree? I mean check the share price this morning. Crazy gambling on futures has not only cost Mr. Wayne his seat, it's cost us all a lot money. And he has to go.

Anyway, I don't know if real traders find all this fascinating or hilariously inaccurate. 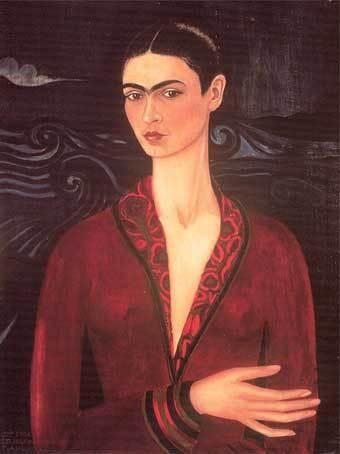 how you gona post this pic and not put the source It's strange that Christopher Nolan draws our attention on a woman (brunette with long hair) entering the doors to the floor room of the stock exchange while never really giving your brain much time to process her face and it's at an obfuscating angle. The stockbrokers stare at her while they are having their shoes shined as she confidently walks past them. They were talking about Bruce's recent appearance at a party (Miranda's charity ball).

Stock guy: Change is either good or bad.
Stock guy 2: I vote bad.
(Woman appears on screen, camera tracks her appearance and walk to the floor room)
Stock guy: On what basis?
Stock guy 2: I flipped a coin.

She's carrying a briefcase (was it this?) in her hand. It sounds like the woman is wearing high heels.

Bane nods to somebody off-screen that Nolan also doesn't show us during the situation--it then cut to the police outside for a bit. It's one of those things we're going to have to take a closer look at with the Blu-ray release.

Anyone notice this? It's either

A) Not Miranda. All a big coincidence and has nothing to do with anything.
B) Miranda

(Click on images on imgur page to make them even larger)

Lionheart
Posts: 1070
Joined: November 2012
I’ve never been one of those guys who thought Talia/Marion was a cheap trick , a little twist to break the audience. I also didn’t felt she was this very developed character that i should care very much. I remember the first time I watched the movie , all I cared , when she was on screen , was looking for clues for the twist (because I had been spoiled , like many people , during the production) , and they weren’t very subtle. I didn’t thought a lot about her during my repeated viewings , until yesterday.

I was rewatching the movie , and i noticed how similar she is to Bruce/Batman ? I know that almost every villain in Bat’s history represents a facet of himself. The authors reflect some of his characteristics (extreme ones , or twisting them) to others. They mirror something from him , and represent a side of this very conflicted character.For this movie we all heard Nolan talking about how Bane shared similarities to our character. But I felt Talia is much more similar. She shares characteristics , but her progress follows another route. The one Bruce didn’t covered because he always had someone to help him. We know Bruce Wayne is a good person. But he is very conflicted , and anger dominates him. His mother and father affect him deeply. Alfred aids him , just like Rachel did.

The mirror aspects are very salient. She his the granddaughter of a warlord. A wealthy person i suppose. Almost royalty. Bruce comes from a prominent family of Gotham . But they end up growing in completely different conditions. He’s the prince of Gotham. She’s born in hell. Both of them get stuck in holes , wells. Psychically but also mentally (Bruce especially in Rises). How they overcome that ? Little Bruce is helped by his father and learns why failure is some sort of progress. She ? Although aided by Bane , she climbs on her own and succeeds. The same sort of parallel we see with parents being killed (and again it’s the reaction that sets them apart). After Ra’s death , she is filled with rage and no one to support her (or at least not the best kind). She seeks revenge. To the men who killed her father. What she ends up doing ? She creates a fake personality , Miranda Tate , to achieve her goals. Wow that’s pretty similar to Bruce , but he channels that anger to inspire good. We know he wanted to kill Joe Chill , but he’s able to confront that darkness upon him (or some of it). What he ends up doing , with all the emotion he’s filled with ? Creates a fake personality , Batman , to achieve his goals. She wants vengeance. He wants to bring criminals to justice. She wants to destroy Gotham. He wants to help the citizens of Gotham. They are mirrored. They both share a lot of similarities , they are confronted by the same problems , yet they respond differently , because of the environment that surrounds them, and the morals they end up to rely.

So I think Nolan presents us , once again , another face of the same coin. And he doesn’t spend so much unnecessary time with her , because she’s very much a distorted Bruce. We , as audience , know that Bruce might have gone a different path…but he didn’t. Talia never had that choice.

Now maybe this was something that everyone noticed by the first time , but it took a little longer to me. She felt like a great character yesterday