The Oscar Nominated writer and director to whom this site is dedicated.
Post Reply
125 posts


From the acclaimed filmmaker behind legendary sci-fi films The Terminator, Aliens, The Abyss, Terminator 2: Judgment Day and Avatar, this documentary series explores the evolution of sci-fi from its origins as a small genre with a cult following to the blockbuster pop-cultural phenomenon we know today. In each episode, James Cameron introduces one of the “Big Questions” that humankind has contemplated throughout the ages and reaches back into sci-fi’s past to better understand how our favorite films, TV shows, books, and video games were born. Cameron and his contemporaries – Steven Spielberg, George Lucas, Ridley Scott, Arnold Schwarzenegger, Christopher Nolan and many more who have helped fuel sci-fi’s spectacular growth over the last several decades – debate the merits, meanings, and impacts of the films and novels that influenced them and discuss where the genre — and our species — might be going in the future.

Nolan62
Posts: 863
Joined: December 2017
French magazine "Sofilm" had an exclusive interview with Christopher Nolan for the new edition, which will be available thursday in France : 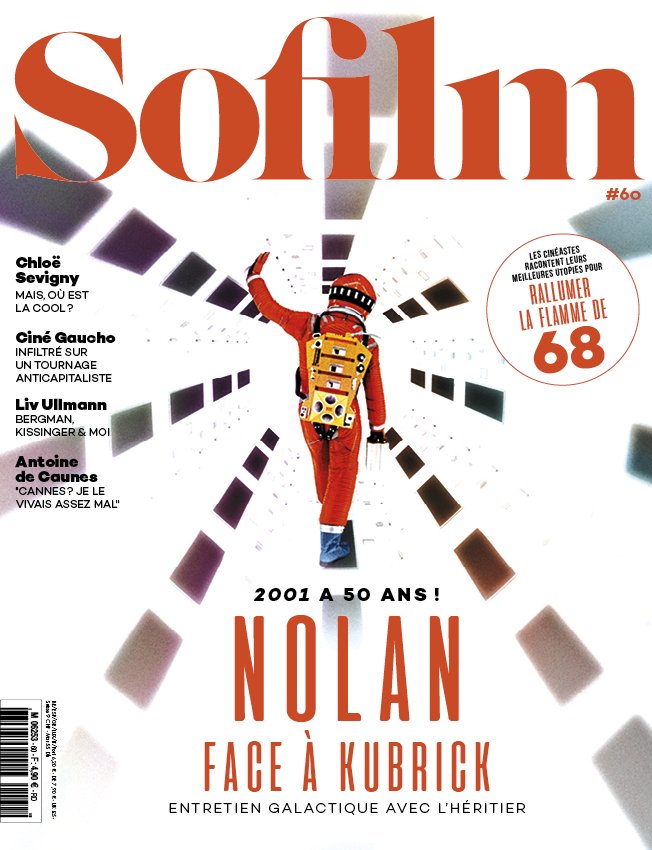 no matter how i say sofilm, it sounds pretentious.

did i say pretentious? i mean, french.

During the Festival de Cannes 2018, four meetings with artists will take place Buñuel Theatre replacing the Leçon de cinéma. Four masterclasses with directors and actors invited to share their work and passion about cinema during Rendez-vous for the festival goers.

Christopher Nolan is a multi-award-winning director, writer and producer whose varied filmography includes some of the most innovative and successful motion pictures of the early 21st century. Beginning with his breakout feature Memento, which earned Nolan an Academy Award nomination for Best Original Screenplay, his films have captivated critics and audiences alike. Inception (2010), Interstellar (2014) and the Dark Knight Trilogy (whose central film, The Dark Knight, received eight Oscar nominations) have all left their mark on contemporary cinema. Last year, Christopher Nolan made headlines again with Dunkirk, which was also nominated for several Oscars. Nolan is a great cinephile and a loving connoisseur of Stanley Kubrick and 2001: A Space Odyssey, the 50th anniversary of whose release he will be celebrating the following day (May, 13). He also defends and carries on the tradition of film, of “celluloid” and projections on a large screen, so Dunkirk had the biggest release on 70mm of the past 25 years.

The Rendez-vous with Christopher Nolan will take place on Saturday, May 12th, at 4.00PM, Buñuel Theatre. It will be conducted by French critic and historian Philippe Rouyer and translated by Massoumeh Lahidji.

Christopher Nolan on Stanley Kubrick’s 2001: A Space Odyssey — ‘The punk rock of movies’