Cilogy wrote:Yeah she was craving for my unresolved childhood trauma so desperately that I just ripped off all my insecurities and rammed my depression into her compassionate demeanor. She had me in a really vulnerable position while she gently rubbed all of that messy self-hatred out of me. Totally swallowed every single drop of my emotional honesty too. Then when it was her turn, I ate up all of her incredibly helpful advice. All of it. She was so good at it, by the end I was begging for more. It was only $100 and I'm thinking about seeing her again.

idk what kinda therapist that was but hnnnngggg

there are lengthier gifs than that fight 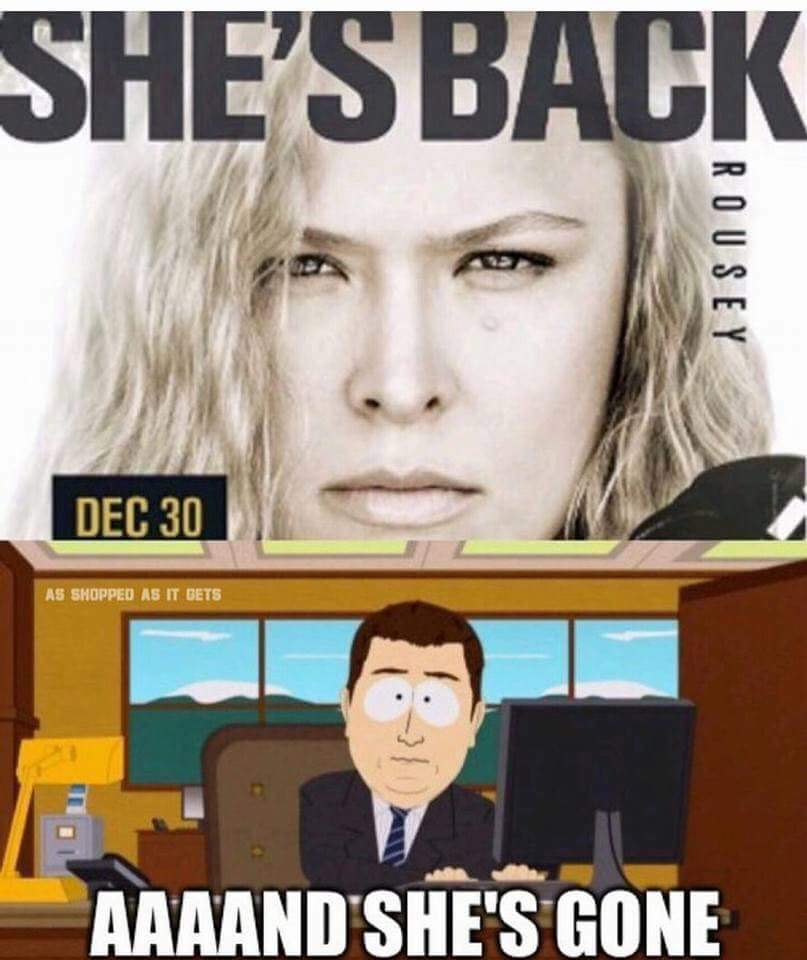 like, I'm naively thinking "why didn't Rousey just hit back when she had the chance?" looks like she didn't even bother fighting back that much

though I will say I keep hearing about her all over the fucking place and now that I've actually seen one of her fights, color me unimpressed

Cilogy wrote:I'm naively thinking "why didn't Rousey just hit back when she had the chance?"

cause she was busy blocking punches

Artemis
Posts: 8529
Joined: August 2009
Trying to take a nap and I can hear my parents arguing. And my door is closed...they are downstairs.

When my mom complains to me about this i'm just going to ignore it and walk away from the conversation. I don't need so much drama.