The Taxman
Posts: 828
Joined: December 2013
fuck these literal nazis. get them out of our country. these losers are absolute filth and i wish the worst for all of them

Artemis
Posts: 8529
Joined: August 2009
I'm not really surprised that it's come to this level. These feelings and thoughts have been brewing since 2012. When Trump started pandering to this group, that's when they came out in full force.

They are insecure because birth rates amongst white are dropping (and this can be easily fixed by telling people to simply have babies.), minorities are working hard and getting ahead in the workforce, the face of America is changing and becoming more diverse. These people are scared that they will be left behind. This is where all the hatred is coming from. Fear of being left behind and becoming a minority.

This has to stop. You know how all Muslims have to try to stop other Muslims from being radicalized? Can white people try harder to stop other white people from falling into dangerous ideology? There are a lot of good white people out there and I think it would be powerful if they fought back more and helped make changes in their community. 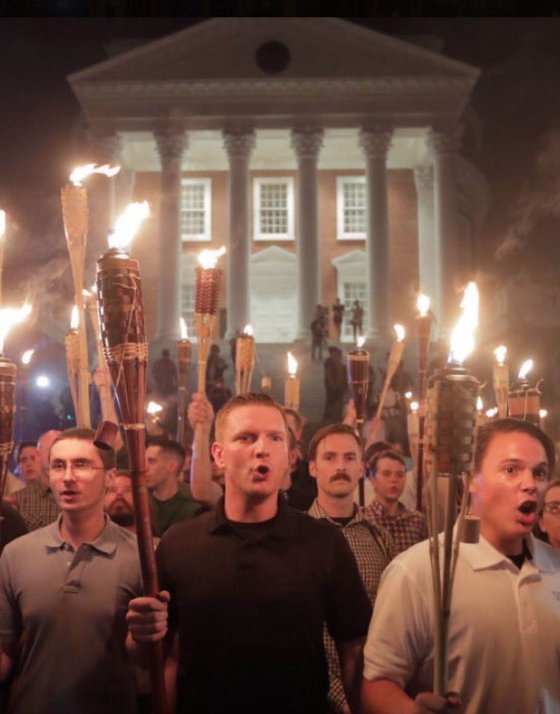 Did they all go to Party City at the same time to buy those?

Cashier: Sooooo...you guys having a tropical BBQ or something?
Racist: Yeah something like that.
Cashier: Neato Burrito

Ruth
Posts: 7665
Joined: August 2012
I read they told their fat, ugly or disfigured, badly dressed members not to show up because that wouldn't be a fair representation of their cause lmfao
Post Reply
43 posts