you saw the sarcasm, right? 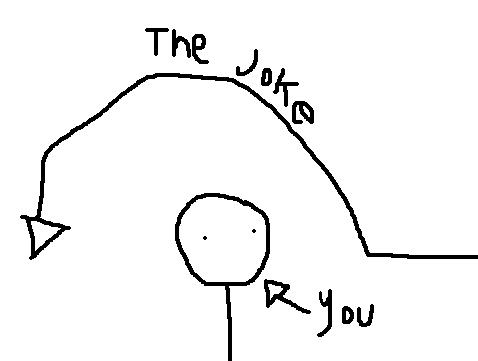 you saw the sarcasm, right?

Phoenix is truly sublime, he's getting that Oscar

Do you wanna know how I got these (O)scars?

anikom15
Posts: 1176
Joined: May 2012
There is obviously a conspiracy to push this movie down.

Why? I have no idea.
Batfan175
Posts: 4211
Joined: January 2012
In a world where a film says a lot about society, the film has become society. Will society become a parody film? Tune in next time, same bat time, same bat station.

Master Virgo
Posts: 12498
Joined: February 2011
If anything youtubers and faux critics like Stuckmann and Randolph are loving it. It's with high profile critics that the film is struggling. Hence the 58 metascore and 48% top critics on RT.

Ivan wrote: ↑
October 3rd, 2019, 9:52 pm
Zazie Beetz character died? All indicates that yes, but it's never confirmed. I liked that they left it vague.

Vague??
It's pretty fucking clear that that's what happened.

Im not sure about this either. Have to rewatch this particular scene, but to me it looked like he was just still drenched from the rain - looked the same as when he entered Sophies apartment. That hall walk was a pretty dark scene and maybe I just didnt see it, but I always thought he didnt kill Sophie, just like he didnt kill Gary. They havent done him any wrong, hence he let them live.
MyCocaine
Posts: 3323
Joined: September 2013
Location: Copenhagen
Joker drawing a smile in his own blood is one of my favorite moments in a movie.
An extraordinary piece of filmmaking and the best comic book film i've ever seen.
Batfan175
Posts: 4211
Joined: January 2012
I mean, for the most part, most people seem to get something out of it and it has managed to provide people a discussion about potentially interesting and relevant topics about the responsibility of the filmmaker when it comes to depictions of violence. I hope we can now have this discussion again with the next big action blockbuster as well. I get why American film critics might be a bit more on edge when it comes to content like this though.

I don't think it's a revolutionary masterpiece (yeah, the only really fleshed out character is the main character and it has some obvious Scorsese references but I don't see people using that sort of argument against high-profile directors like Tarantino whenever he makes something derivative of someone else's work). I can only speak for myself and I was impacted emotionally by the film and it had that impact imo because of Phoenix's powerful performance, because of how horrifying the ending was and how much I felt the director left me without a firm stance as to what had transpired.

The film, in my opinion, shows a selfish person with severe mental problems having certain expectations from people who do not know him at all and he finds himself in a world that he interprets as either intentionally or unintentionally sending him signals that show how much he does not matter as a result and his reaction is to resort to violence. I think the problems the film tries to tackle are much too big for any film to resolve in 2 hours quite frankly. Maybe one might hence question why a director would then even decide to tell that story in the first place, since the outcome is very likely to be very bleak. It might also come off as edgy for the sake of attention.

The people the main character decides to hurt are mostly not doing anything illegal: he gets attacked twice, yes but when he decides to defend himself the second time it happens, he slips into the role of a deliberate murderer. It is understandable why the mother on the bus would be overprotective, it is understandable why the administrative worker at the Arkham State Hospital would not want to give out files containing personal medical records without following the proper procedures, it makes sense why his neighbor of course wouldn't want to approach someone like him who stalks her, it makes sense that Thomas Wayne would not give him the fatherly affection he desperately yearns for after a lifetime of disappointments and failures when they meet as strangers. But what ends up happening is that these perfectly understandable reactions still in the end contribute to this guy's needs not being met in those moments or ever really, which he is forced to dwell on and it ends up overwhelming him to the point where he has both suicidal thoughts and later decides to take out his built-up resentment on everyone else because he comes to his own realization that seeing the people he thinks are awful suffer makes him happy. When he kills Murray live on tv and starts laughing he is truly scary because he now feels he is no longer powerless in a society that he decided has denied him everything he thought he needed and puts responsibility on him for committing the crime he admits to live on tv. Here's the thing though: he is responsible for how he reacts to the sadness in his life. He is responsible for murdering three people initially, for murdering his mother and former co-worker later. The film showed us those things clearly and in a way that made him look morbid and scary. He himself also clumsily contributes to his terrible situation at various points during the story (he decides to stalk someone at some point and he does questionable things like lying about his act as a clown so he can justify keeping a gun around that he knows he is not allowed to have in the first place).

There are hence elements to his character specifically and in terms of his position in society that fought my sympathy as a viewer for what was happening to him because it is a reality that there are many people who have it far worse than him, such as POC in the US who are systemically oppressed and face dangers like police brutality, institutional racism, etc., which he does not have to face. That does not mean that earlier in the film we as an audience should feel indifferent when he loses the possibility to support himself financially, although it is at the same time also true that he decided to lie about a crucial element regarding a specific incident that ended up getting him fired from a job he said he loved. The film plays between trying to make you feel sorry for the guy whilst reminding you how strange and terrible some of his actions are. He certainly should not lose the means to get his medication or talk to a psychiatrist due to budget cuts when it is clear that he has severe mental issues at the beginning of the film. The film ends up presenting a world that does not provide incentives for people to care about him and so they don't, even though the film at least suggests that they should. And by the time someone does show that they care at the end, he's already become a horrifying monster and it's too late...
...that's a lot to unpack imo and that's without getting into the whole class aspect and so imo the film has the potential to lead to a lot of interesting discussions, which is why I cannot really get onboard with the reviews going out of their way saying how much this film has nothing to say about anything and is merely ripping off Scorsese. I might be reading things into the film but I only have the tale to go by.
Post Reply
1404 posts