Well you already do it on your main so you haven't really missed much.

Vader182 wrote: ↑ But in this case, they are *all* predictive of whether or not you'll like a movie--we all agree with these three metrics more than we don't, probably 70-80% with consensus person to person. If any one of us disagrees with RT/Metacritic/IMDB more than 20-30% of the time I'd love a list of examples.

whered you get your stats from brendo?

somebody did a data analysis for IMDB / RT analysis and they positively correlated within that margin, and RT used to show (last I checked they took away this feature) how often individual critics align with RT consensus and it was almost exactly the same correlative percentage between IMDB and RT.

Damn this was even better than Get Out, possibly the best horror movie of the decade along with The VVitch and Hereditary, but I have to sleep on that thought a bit.


If you don’t mind me asking, what happened to your British pound sign at the end? I thought that was your signatory stamp on each post.


And I really need to see Us. Everyone I've talked to about that film highly recommends it 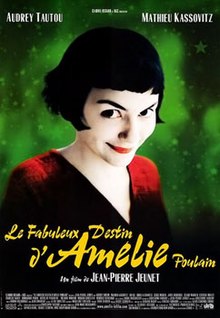 Feel like i need to watch it again. Could've been tighter but it's good and sweet. Also, it ieminds me of how much of a loner i am.

If you don’t mind me asking, what happened to your British pound sign at the end? I thought that was your signatory stamp on each post.


And I really need to see Us. Everyone I've talked to about that film highly recommends it

Meh. But Driver and Murray are pretty fun together. Would love to see these 2 particular characters in a different Jarmusch movie. One day the world would stop making zombie movies. One day.

Ok so where do I start. First of all I think it was once in a lifetime thing for me to catch this on film. The length of the film was not daunting at all. Not that it felt like 7.5 hours just flew by, but it was definitely not a slog by any means. This is a great but flawed film. It just is not as epic as it would like me to believe. Some characters are more interesting than others. The centerpiece of the film is about the girl featured on the movie's poster, which most of you would be familiar with, even if you haven't seen the film. Those sections are absolutely masterful filmmaking, but unfortunately involves animal cruelty. And it's highly uncomfortable. Tarr had said that extreme care was taken to shoot that scene, but frankly it stops being a film in those moments and you would be very much concerned about the animal's health. Also the film is surprisingly more plot driven than what I expected. And I feel this is where Tarr's sensibilities clash with the source material and overall hurts the picture. Nevertheless an essential piece of cinema. After watching this and Turin Horse, I appreciate Tarr but would never love him as a director.

Hereditary
this was good!

The Autopsy of Jane Doe
this was bad

The Standoff at Sparrow Creek
this was good!

Hereditary
this was good!

The Autopsy of Jane Doe
this was bad

The Standoff at Sparrow Creek
this was good!

Ruth
Posts: 7758
Joined: August 2012
Just got around to watching Rocketman (2019). Lmao it shits all over Bohemian Rhapsody and then wipes the floor with it. It’s genuinely so ahead of that film it actually sucks because BR’s backlash probably turned many people away from this, and I think the awards won’t want to shoot themselves in the foot by recognizing another music biopic. Which sucks, because out of the two, that Oscar is Egerton’s (or should have been). It’s cliched oftentimes, and certain elements are just too blatant. However, it uniquely manages to use Elton’s songs to not just bring yet another ‘best of’ medley, but actually further the story, so that works narratively amazingly. The songs aren’t just reduced to concert imitations or background noise. The singing’s not copycat perfect, but it’s the actor’s real voice and that’s really admirable regardless. It’s heartfelt and honest, doesn’t rely on overly exaggerated melodramatics. Imo it does a good job capturing the essence of John’s personality, his past and struggles. Also, it’s a total musical at heart (which I absolutely loved), and it’s stylish and loads of fun, so it’s hard to keep your butt in your seat at times. I didn’t really expect all that much from this movie at all, but it’s genuinely a good film.


Also, I just cannot stress enough how much I love I’m Still Standing.

Nomis
Posts: 19648
Joined: June 2012
Does it feel more cinematic than BR? Sort of like you could compare The Death of Stalin and The Favourite. Both being satire and quite dark while also striking that sweet sweet emotional cord. The latter has such a cinematic look and feel to it whilst the first mentioned looks like an episode of a relatively cheap TV show, knowwhatimean?

From the looks of Rocketman's marketing, I don't really get that feeling but that's just marketing ya know?
Post Reply
3679 posts