Willem
Posts: 2590
Joined: January 2016
Location: The Netherlands
I think the only possible option here is to write her out, because Leia is such an iconic character. And, in my opinion, it would be a bit disrespectful to Fisher to create her out of nothing with CGI.

Posts: 5266
Joined: May 2014
It's the wave of the future. Give it a decade and we'll have movies starring Errol Flynn and Clark Gable again.

No, I'm not being serious, although I do think that would be something to behold.

Master Virgo wrote: Hmm, sounds like something Abrams would do.

i can think of another director who would do it 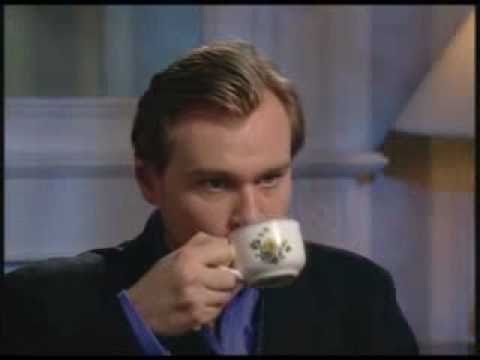 SilverHeart
Posts: 16715
Joined: March 2012
In terms of the ethics of it, IMO if the estate is fine with it it's probably not that big a deal. Execution is more the problem IMO. Fully CGI humans, even ones like Tarkin, still aren't completely out of the uncanny valley. They're getting further to the right side, but there are still things that just key in as a bit off.

Master Virgo wrote: Hmm, sounds like something Abrams would do.

i can think of another director who would do it

What I meant was a Star Wars character repeating something she has said 30 years ago that wasn't thematically integral and important to the story, and she shouldn't consider as something quotable, just to put a smile on an OT lover's face.

In Nolan's films it's never been for the purpose of fan service rather than developing the relationships between the characters or creating a link between the different sections of larger whole, also sometimes to add a bit of humour or as an act of retaliation. Either Way there has always been a dramatic weight to them.£

"I have a bad feeling about this." - Everything

Master Virgo
Posts: 12626
Joined: February 2011
"I have a bad feeling about this;" has become a signature line in the series. So that doesn't count. It's like "Name's Bond, James Bond". It's fun to see how they manage to insert it in a way that doesn't feel forced.

Also as I mentioned there is nothing wrong with a situation where two characters exchange a reference between each other. For example the whole "I love you;" "I know;" that gets repeated in Jedi has a dramatic impact and qualifies as a good reference, because you can see why it's related. But for example "Move, ball." has no business existing except referencing another line in one of the previous films that basically had nothing to do with the characters and situation in Awakens and is not a particularly smart one either.

For example if Luke tells Rey "Do or do not, there is no try;" you can see the connection between the two master/padawan relationships and how the concept is being passed from one generation to another. But if Poe says the same thing to Finn, it just comes off as meaningless fan service. There will be no relatedness.

Now I'm not saying it's a terrible thing and I'm totally against it. But you do that enough times and the film might start feeling excessively bound to the past without a sense of flow that moves it forward. One of the criticism Spectre for example received was that it became way too referential that it sort of lost its own identity amidst all the familiarity. Skyfall on the other hand handled the balance perfectly.£

“And if what might be regarded as unseemly haste, Disney is negotiating with the actor’s estate over her continued appearance in the franchise. If Disney gets the go-ahead, Carrie Fisher will join Peter Cushing…”

“And if what might be regarded as unseemly haste, Disney is negotiating with the actor’s estate over her continued appearance in the franchise. If Disney gets the go-ahead, Carrie Fisher will join Peter Cushing…”