After the credits scene following The Avengers in 2012 revealed the titan Thanos as the puppeteer behind the mischievous plans of Loki (Tom Hiddleston), comic book fans were immediately excited about the potential of seeing a storyline play out on the big screen featuring the artifact known as The Infinity Gauntlet. Their hopes were confirmed in the credits scene for Thor: The Dark World when the presence of the Infinity Stones (or gems) was revealed, which ended up leading to another one being shown in Guardians of the Galaxy. And now we know where that all is leading as Marvel Studios has announced The Avengers: Infinity War, arriving in two parts in the summers of 2018 and 2019. This is crazy!

Marvel announced The Avengers two-parter at their event in Los Angeles today:

And it looks like they showed Thanos with the Infinity Gauntlet as well:

The Avengers: Infinity War - Part I arrives on May 4th, 2018 while The Avengers: Infinity War - Part II arrives on May 3rd, 2019. For those who still don't know, in the comic books, all the Infinity Stones are all collected by Thanos (who came to be played by Josh Brolin in Guardians of the Galaxy) and fitted into the golden glove known as The Infinity Gauntlet, which is part of one of the most iconic Marvel storylines. He ends up using it to destroy half the universe to please the physical embodiment of Death. We can already tell this won't play out exactly as it does in the comics, but it's still going to be a huge event.

Seeing this unfold on the big screen will make for a massive, mind-blowing experience. But of course, it's still about four years away, and there's a lot of stuff happening before then. We're mostly interested to see what happens in Captain America: Civil War, Thor: Ragnarok, Doctor Strange, Captain Marvel, Black Panther, Guardians of the Galaxy 2 and Inhumans that leads to this massive two-part story. It's a good time to be a fan of comic book movies, and we're absolutely foaming at the mouth with anticipation to see how Marvel pulls all of this off. 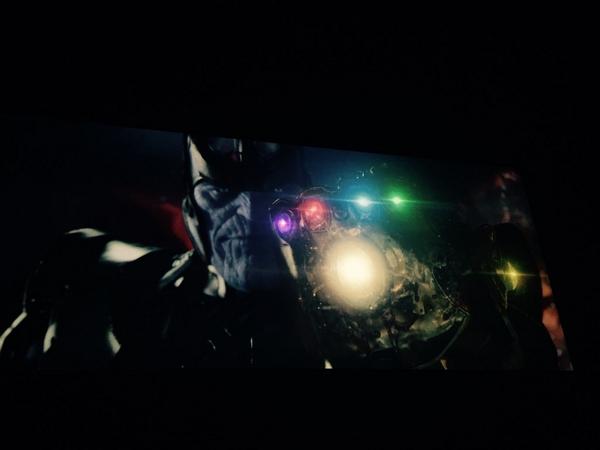 Oh great you're back!

Oh great you're back!

Now Where Was I ?
Posts: 5197
Joined: January 2012
The Russos directing this according to rumors is weird IMO Their film was relatively grounded in reality when this looks like it'll go full space fantasy...I would have thought of James Gunn before them (especially with the inevitable Guardians crossover)

Now Where Was I ? wrote:The Russos directing this according to rumors is weird IMO Their film was relatively grounded in reality when this looks like it'll go full space fantasy...I would have thought of James Gunn before them (especially with the inevitable Guardians crossover)

Agreed. I still think Gunn will be the one chosen to direct this, despite the rumours.

Anyway, as a fanboy, I can't wait for this. My anticipation started in 2012 and has only grown, so yeah, better not disappoint.