Rohan wrote:Half the names stepping into Cannes Film Festival are there to show off to the rest that they are in Cannes Film Festival, one of the most famous film festivals in the world, where they will get the opportunity to see films way earlier than the audiences. Now, thinking about it, there is nothing wrong with that, but in the meantime, there is something way wrong, to just be there and know nothing much about cinema. You are telling me, everyone present at Cannes, especially when it comes to some of the critics actually know the language of arts and cinema?

I haven't seen LOST RIVER, but I've read the screenplay, which is by the way, a well written piece. Also it happens to be original. Some of these critics, now thanks to Twitter, are starting to coin their own little terms, just to make it go viral, and make name for themselves. I am sorry, but when you are coining a term, do not disrespect a critic like 'Nino Frank', who coined the term, Film Noir.

Congra-fucking-tulations! You just made possibly the worst post ever on NF!

Like, LMAO..... you haven't seen how critics are usually harsh during Cannes. have you? It's the usual thing always. You sound like a Kidmaniac, only with Gosling instead of her.

I think the kid will be alright. 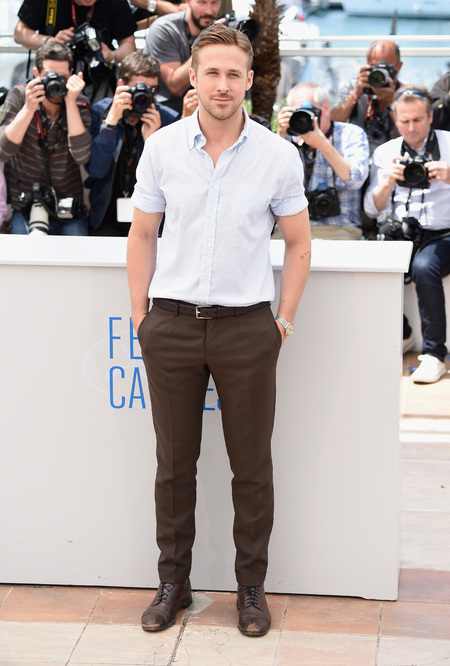 You wish (and so Ryan)

m4st4
Posts: 54334
Joined: May 2010
My friend Marko saw this in Cannes and rated it four out of five stars:
http://slobodnadalmacija.hr/Scena/CineM ... fault.aspx


EDIT: But really, i'm sure gosling is a smart guy, and had no delusions about what he was getting into with this film in terms of reception (Especially after working with Refn). I'll check it out, simply out of morbid curiosity,
Last edited by Disney+'s solo2001 on December 31st, 2014, 1:44 am, edited 1 time in total.

UPDATE, Dec. 30, 1:20 p.m. PST — Warner Bros. will give a limited U.S. theatrical release in New York and Los Angeles for “Lost River,” Ryan Gosling’s much-derided directorial debut, in the early second quarter along with a day and date release on digital platforms.

Threshold
Posts: 889
Joined: January 2012
Location: Australia
Damn, I was so stoked. Ah well, I have a feeling since it's released on DVD in the states, it'll be easier to grab here in AUS.